Due to circumstances beyond our control we had to detach our floats and move our home base.

It was not a small undertaking. We had to chain up our floats, wait for high tide and move everything at once to the Royal Reach Marina.

Thanks to Russ for giving us a tow and Dennis and Brian for riding the floats all the way down the bay. 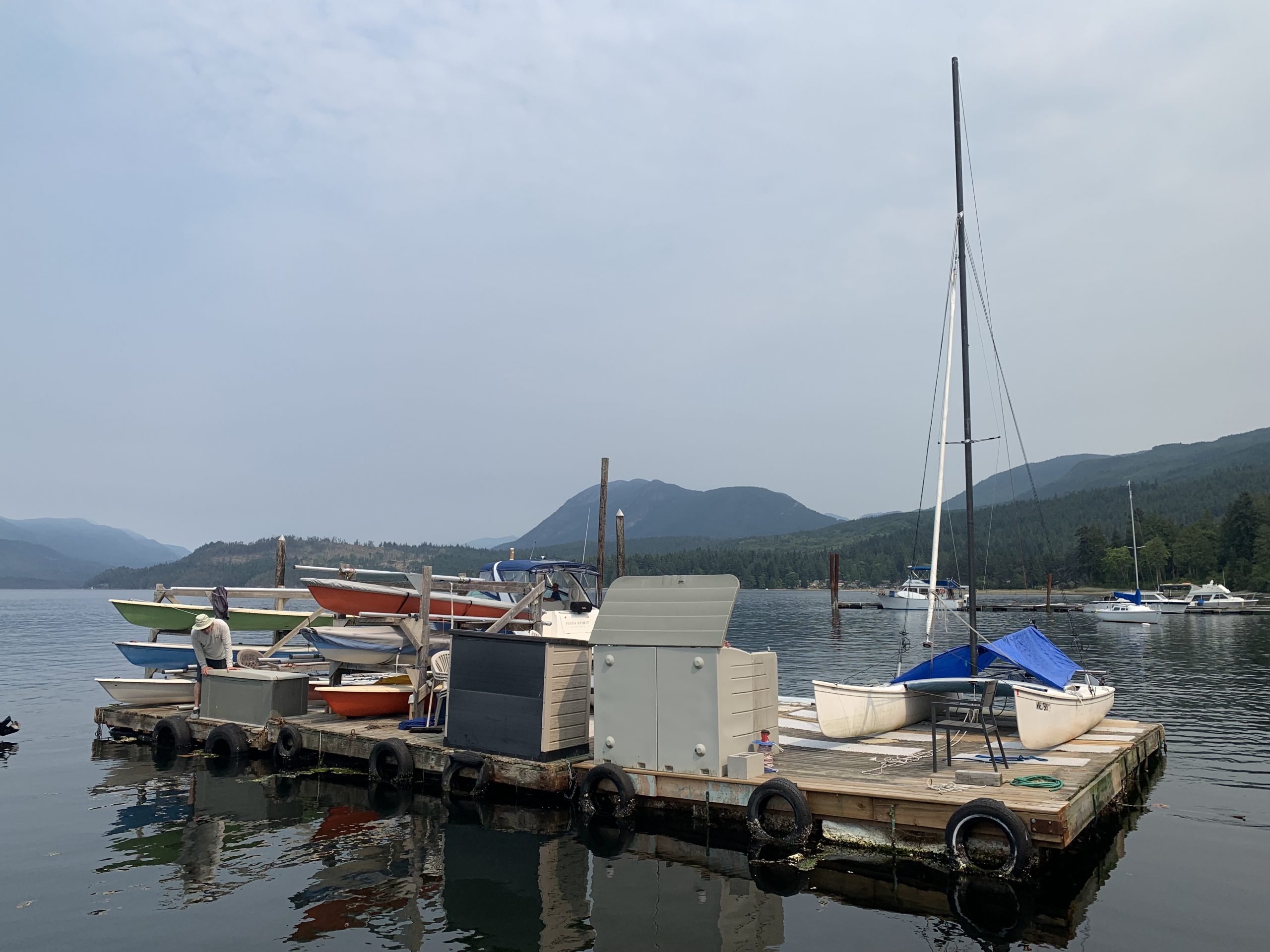 Floats on the move 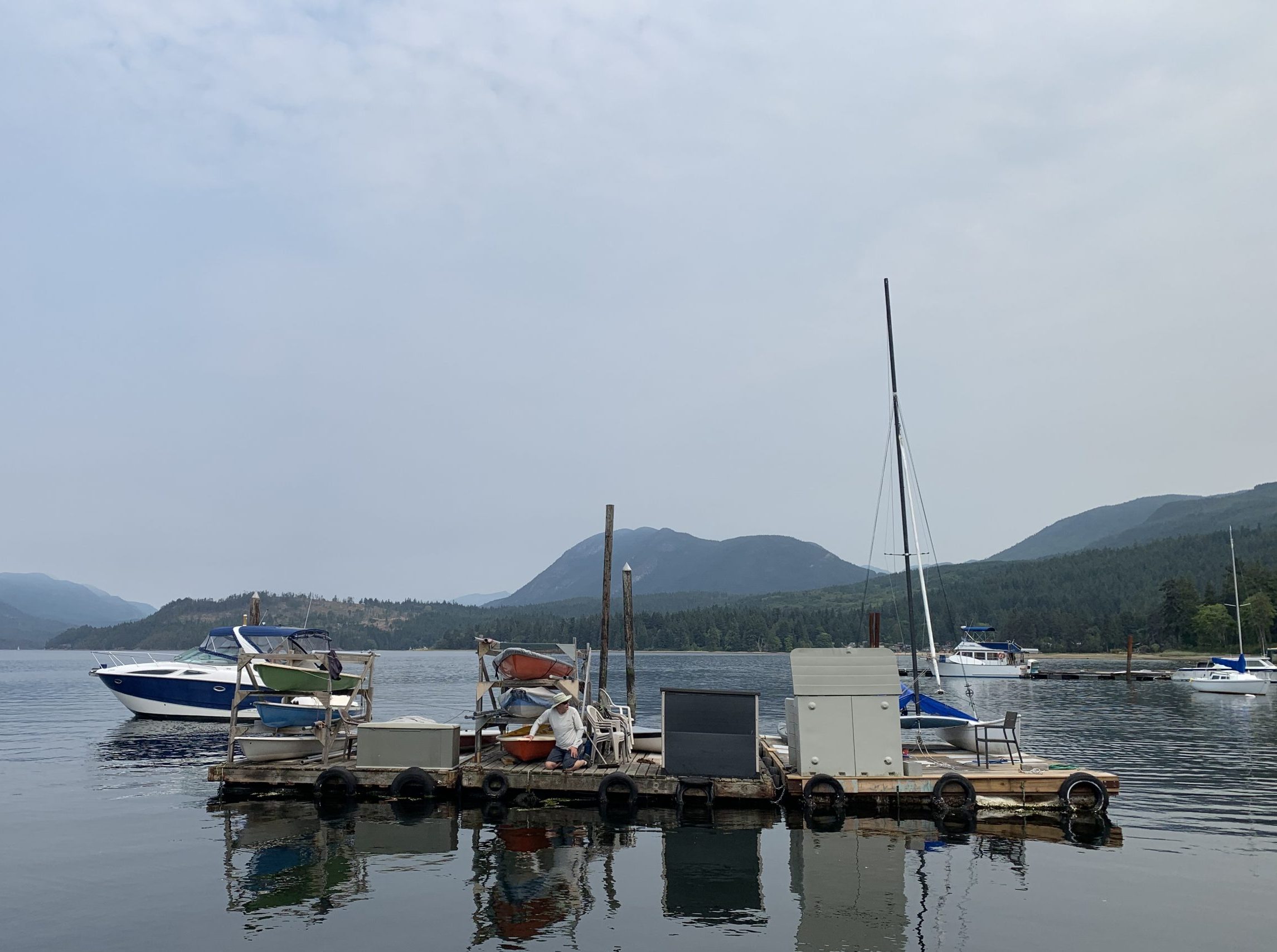 Russ towing the floats with Dennis and Brian on board. 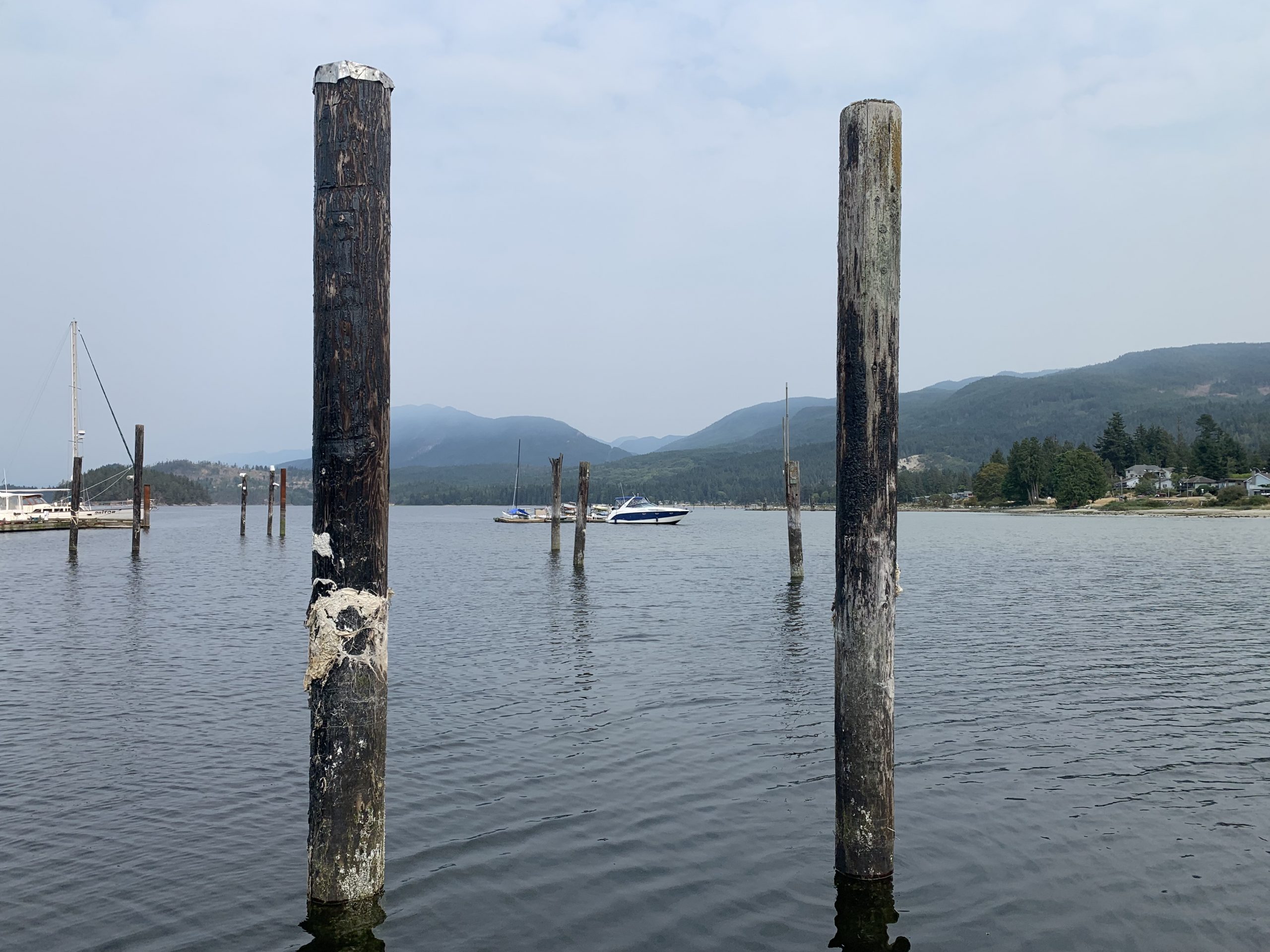 A few pylons to manage. Good thing to we had a lot of people om hand and a lot of lines. 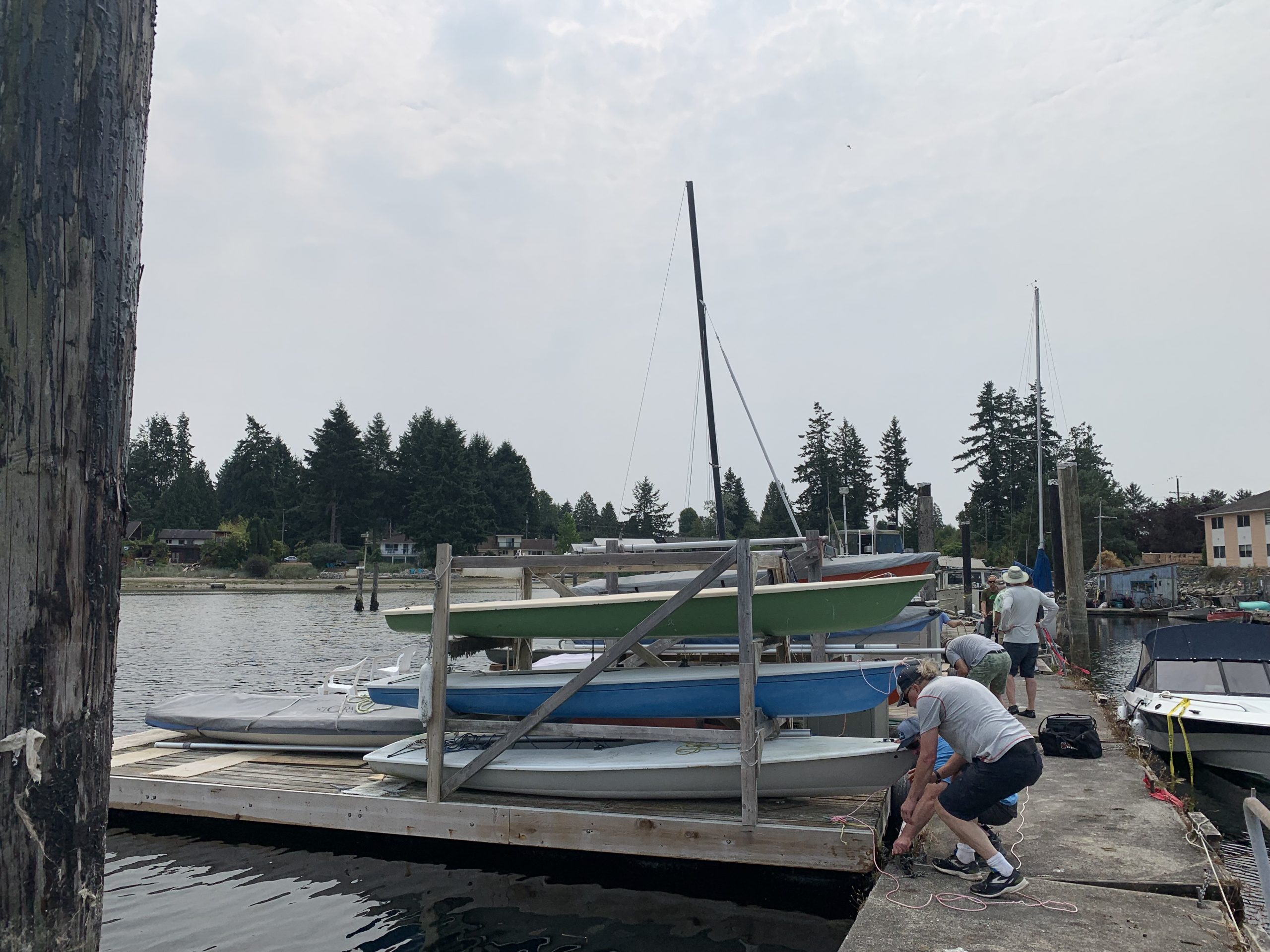 The group tying up the float after the move. 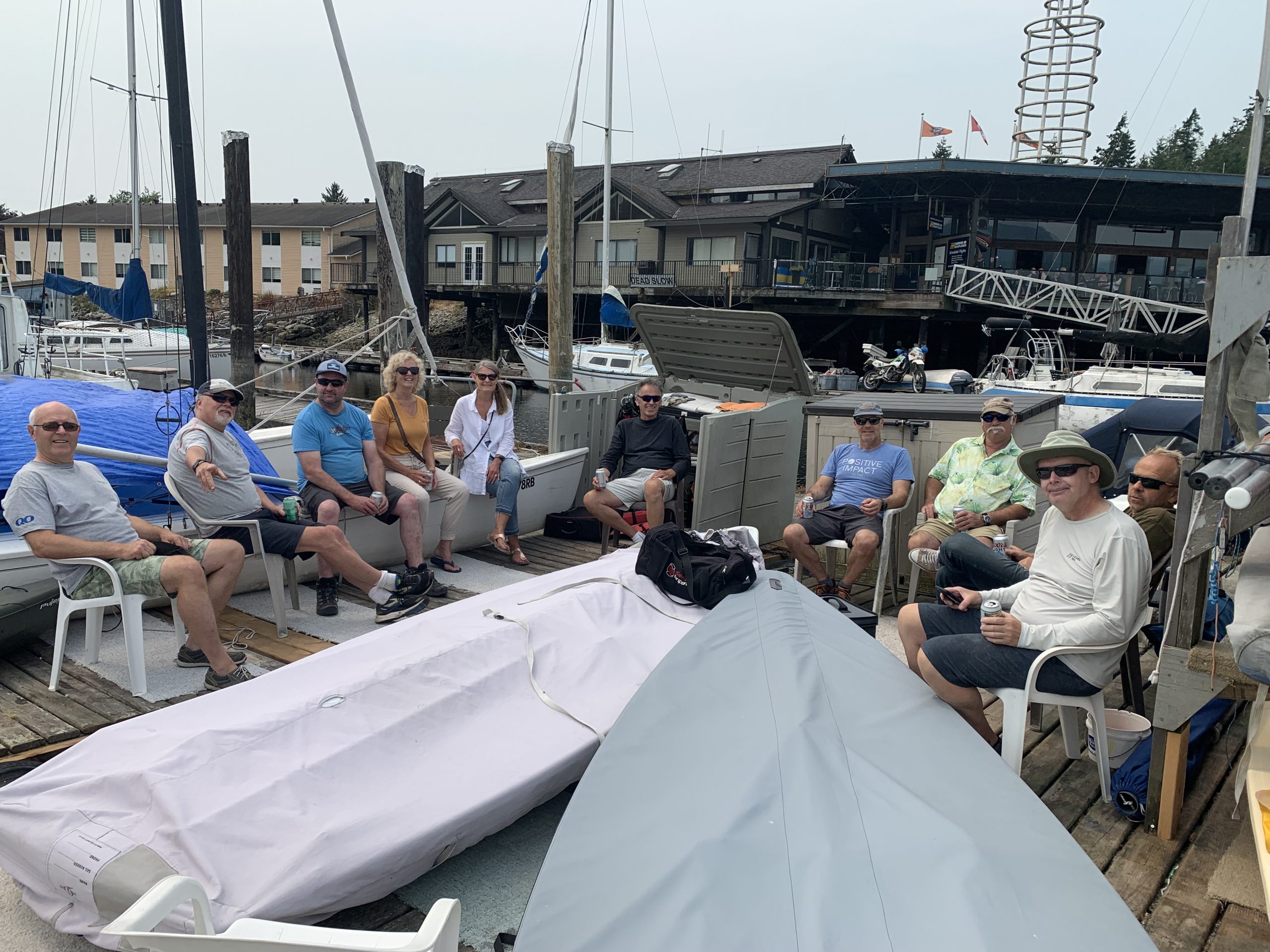 Members of the Laser Sailing Club

Robert mounted his Go Pro to one of the floats and got a pretty cool video of the transfer. 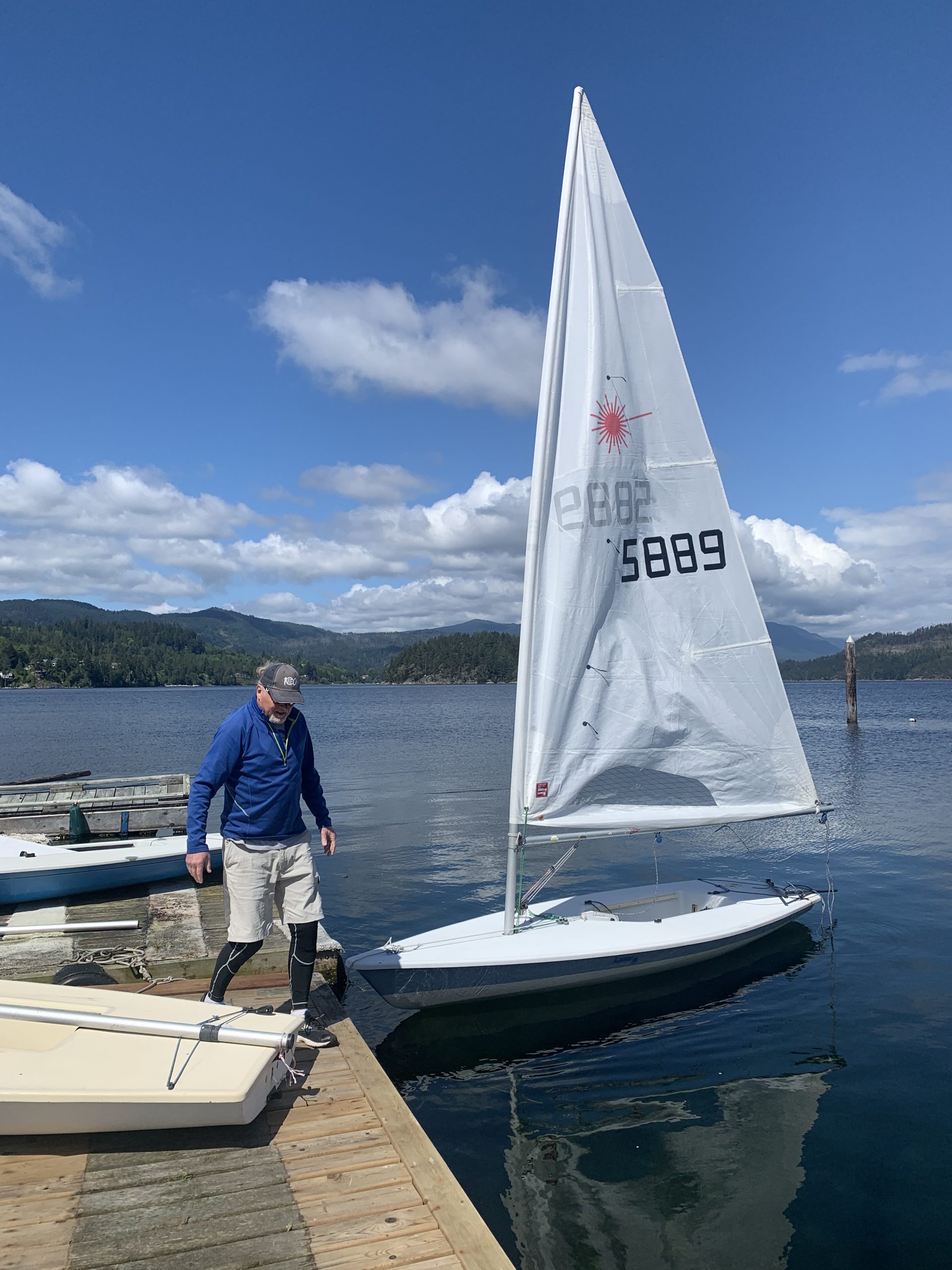 Thomas getting his boat rigged up for an afternoon of sailing 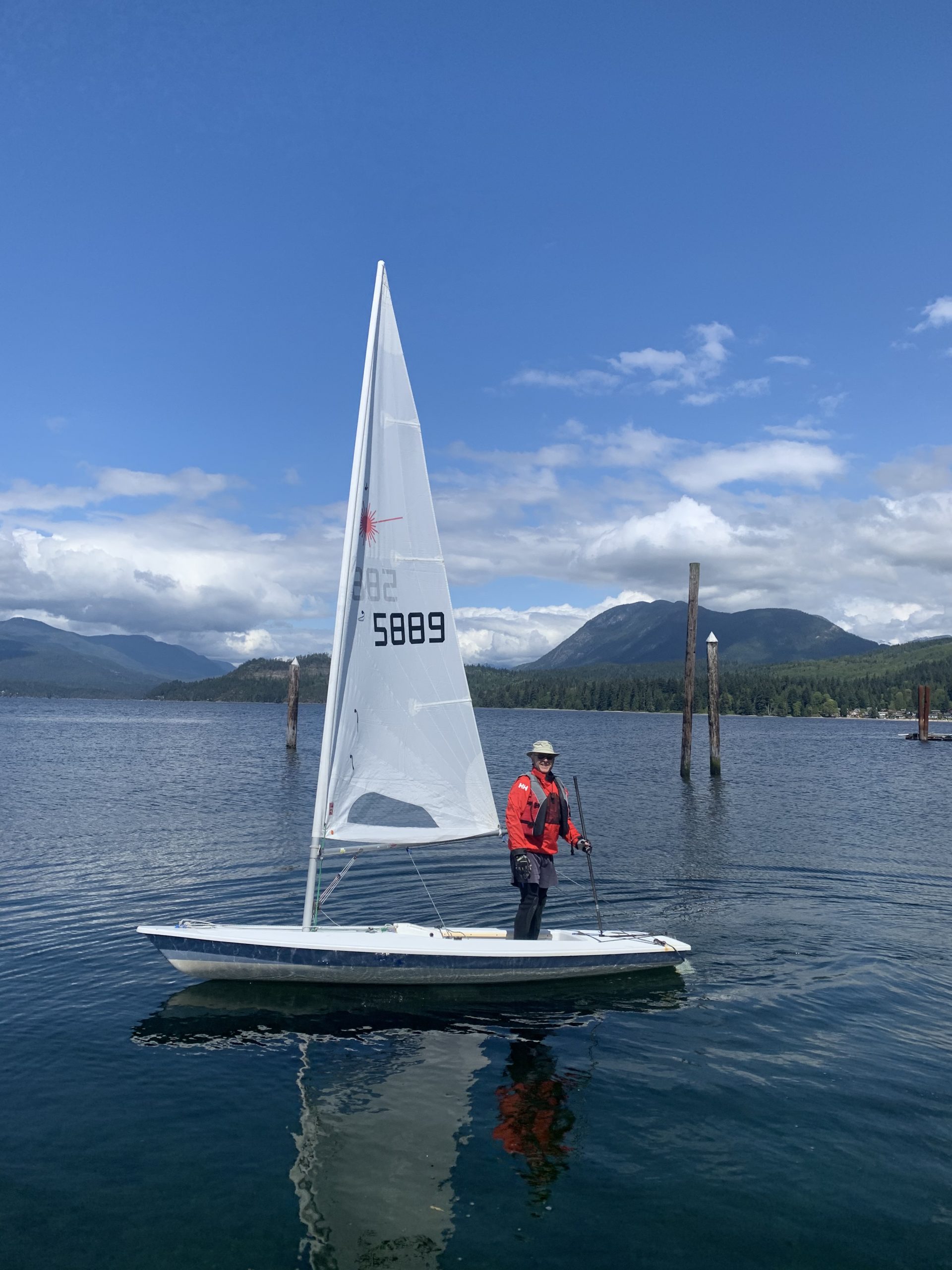 Denis Olson on suited up for spring afternoon on the water. 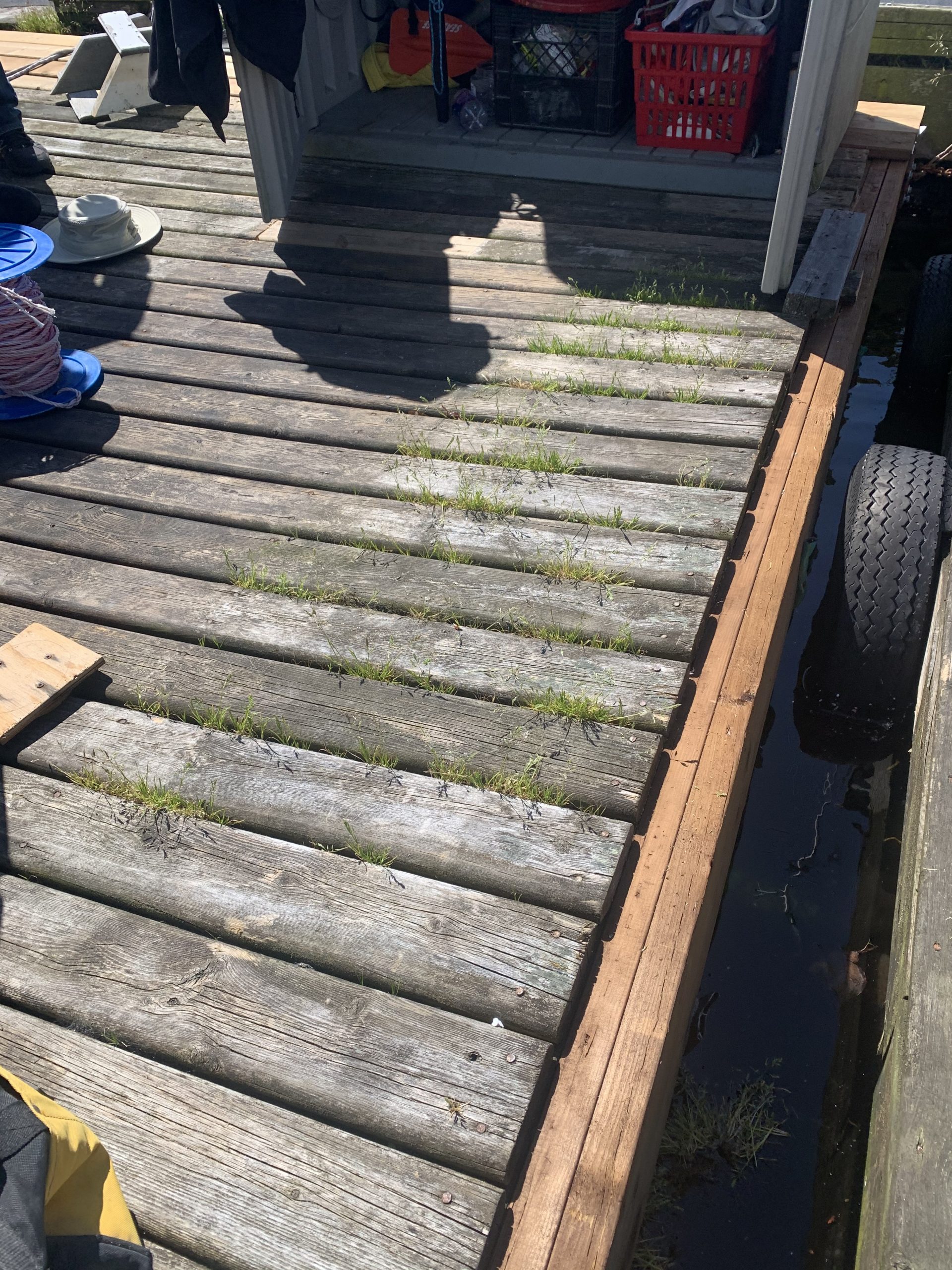 Someone forgot to mow the lawn on the floats this year.

2020 Fall in love with Sailing

Yes it’s late October and some of us are still sailing! To say the least 2020 has been one heck of year and some of us weren’t able to get out on the water as much as they would have liked. But we look forward to the New Years Sail and the 2021 sailing season.

If you or any of your friends are interested in join the SCSA. Drop us a line at our contact page.

We decided to have a second BBQ on the shores of Porpoise Bay this summer. With most of the club doing staycations in this crazy year of 2020 what is better then sailing on the Sechelt Inlet and a BBQ on the dock?

The sun was shining the wind was fair but from constant and from the south as usual.

Dennis Brought the burgers, Grzegorz brough the salad, Kenny brought the BBQ, Robert brought the condiments,  Kim brought the buns and Brian Lyseng brought desert!. All and all it was a co-operative effort. Which is more then we can say for what happens on the course. LOL.

Why don’t we have any photos of us on the course? Well we don’t have any chase boats or race committees this year and were too busy racing ourselves! 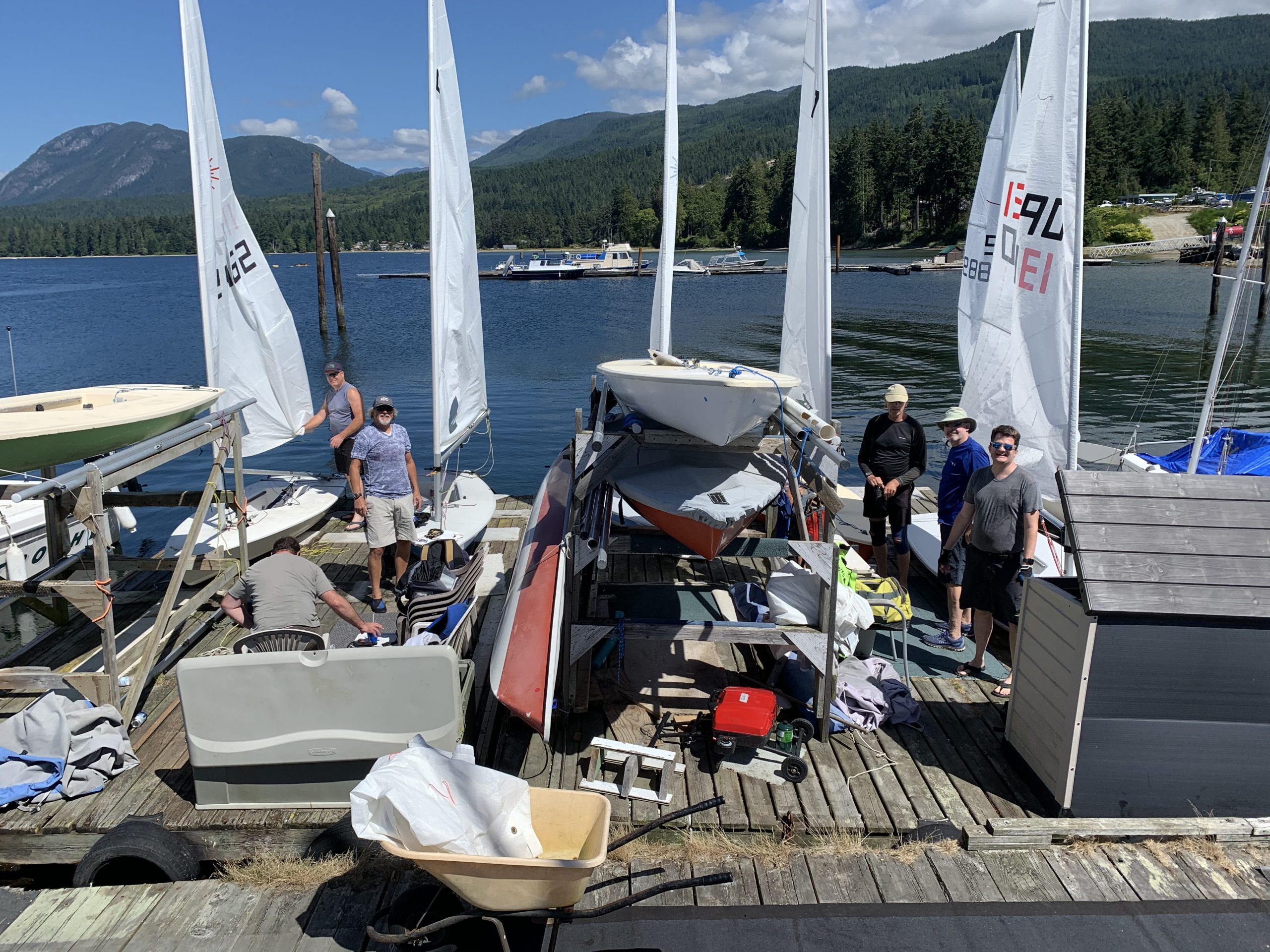 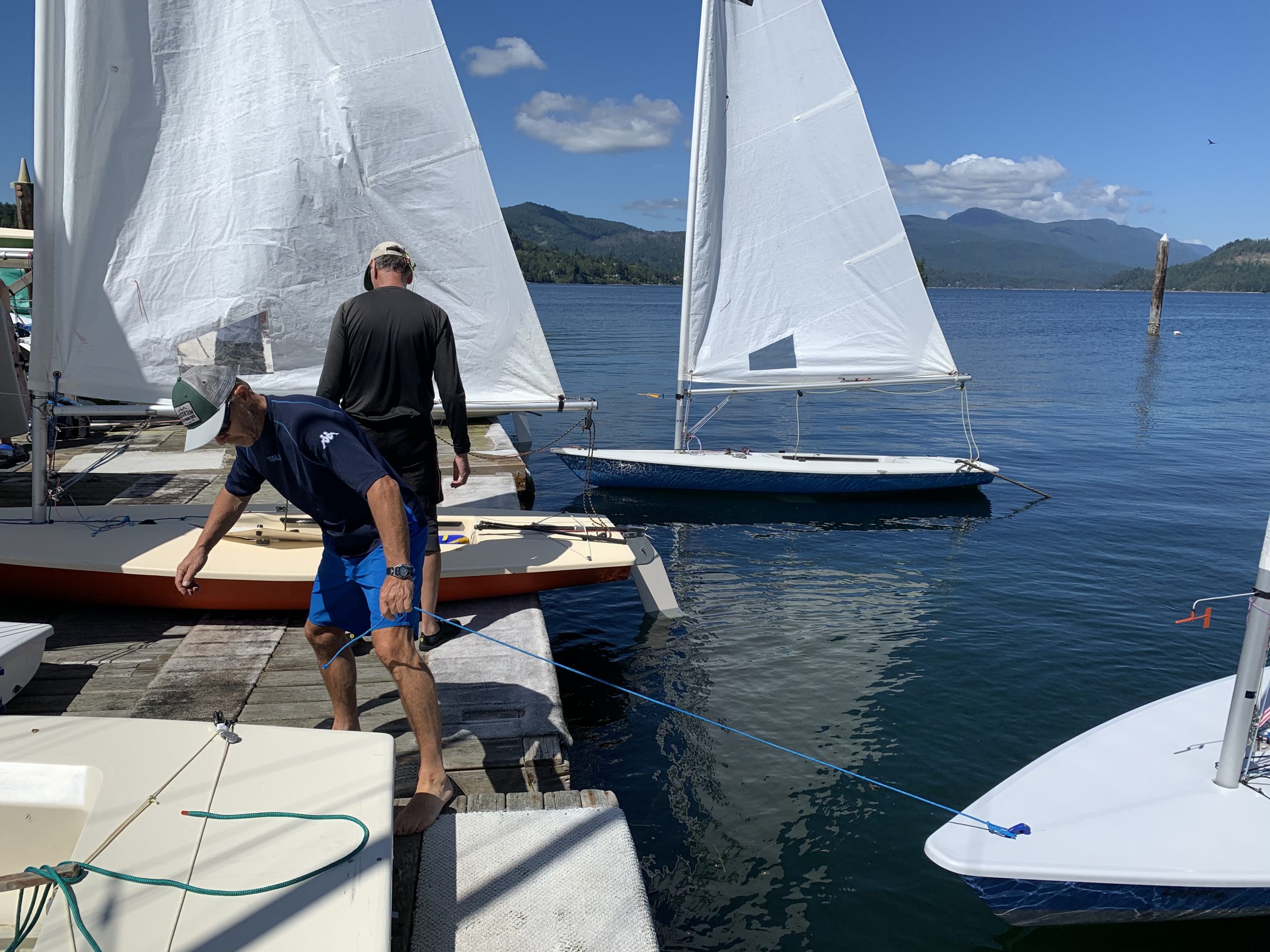 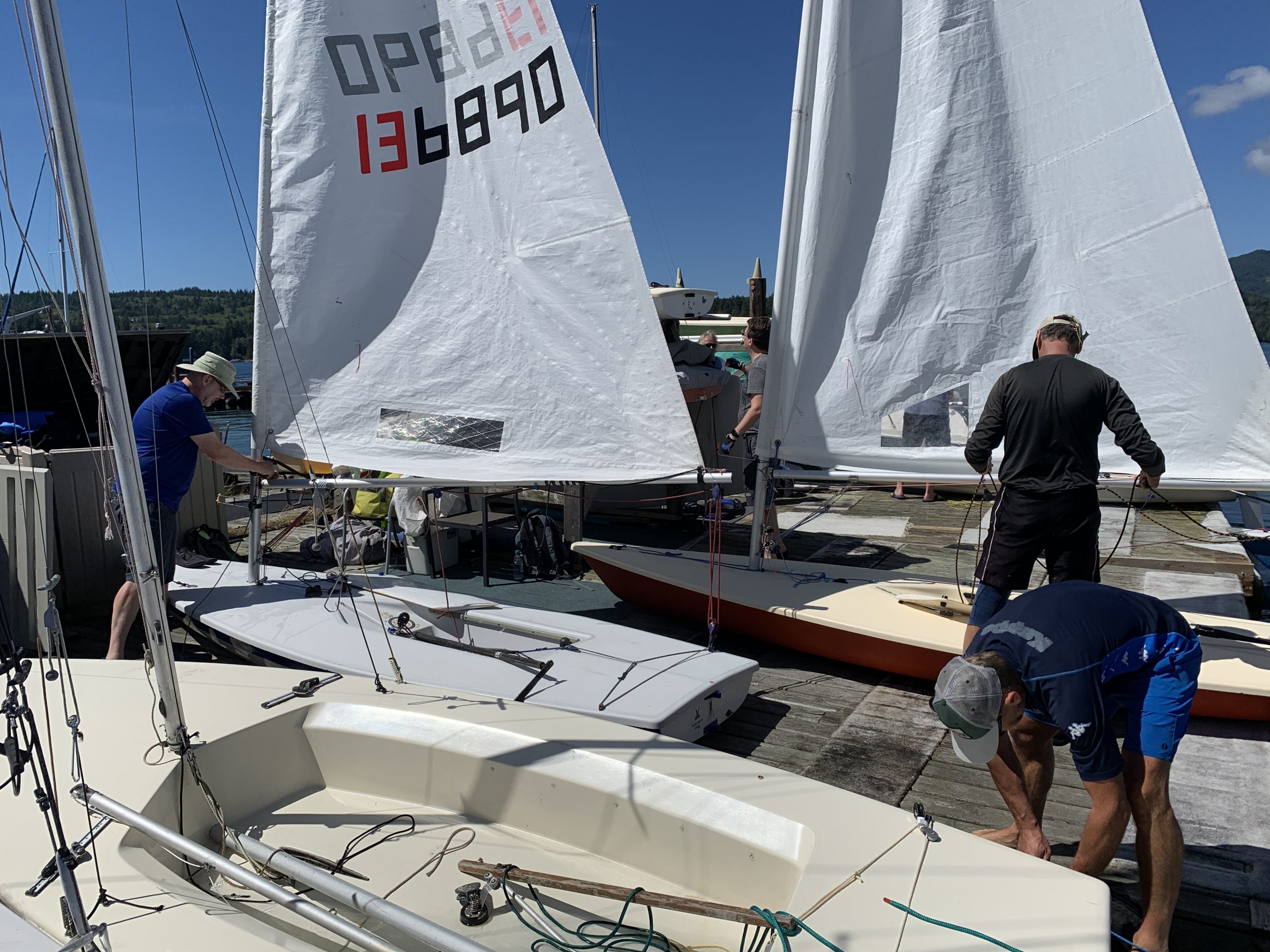 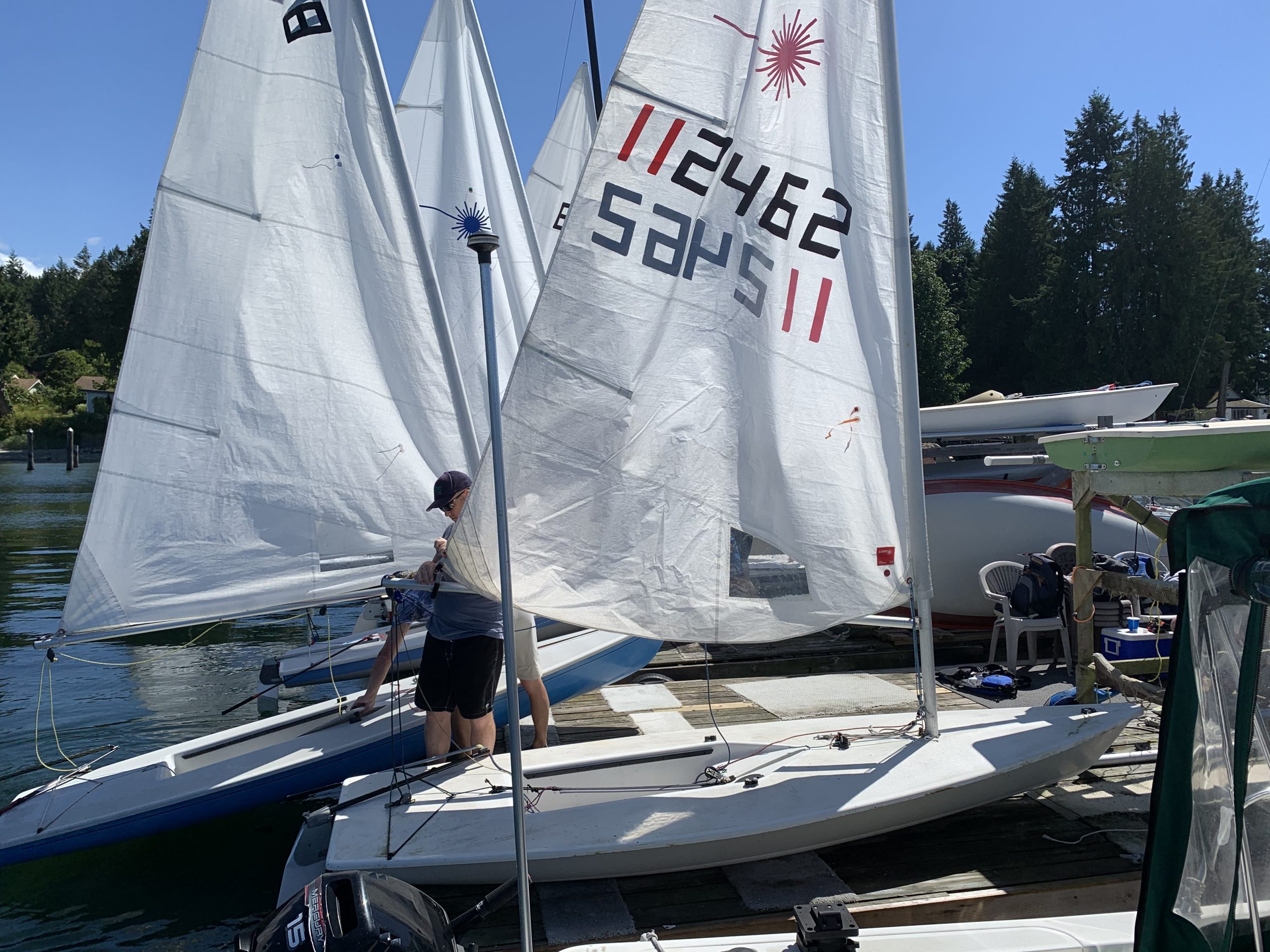 Richard rigs up his boat.

Robert got a bit of a surprise when he got his boat down the cock pit plug wasn’t pulled and a half a cock pit full of rain water came down on him. He got wet before getting out on the water!

Dennis tends to the grill after an afternoon of racing on Porpoise Bay in Sechelt BC. 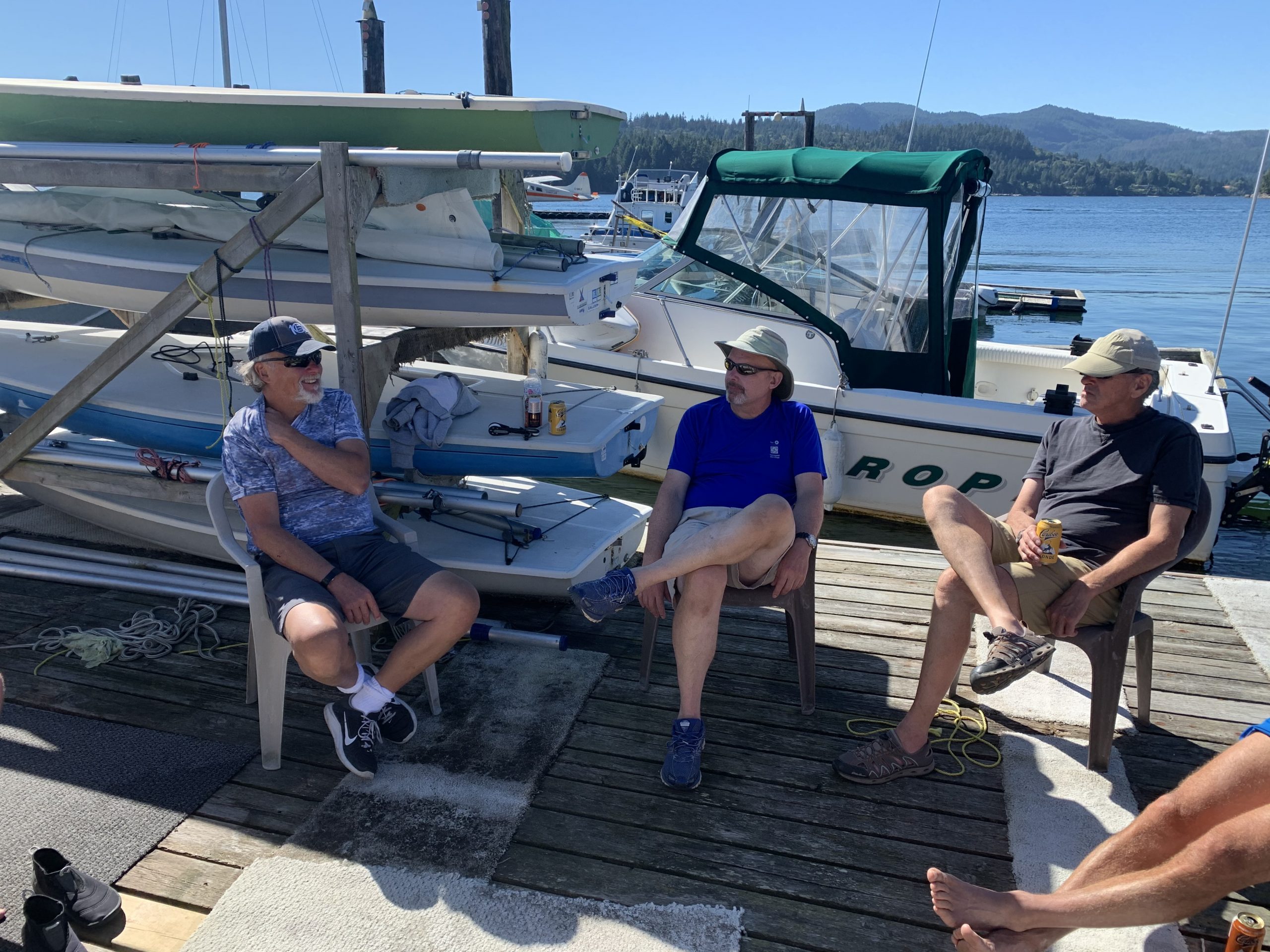 Thomas, Brian L and Kim chat while the burger cook on the gril 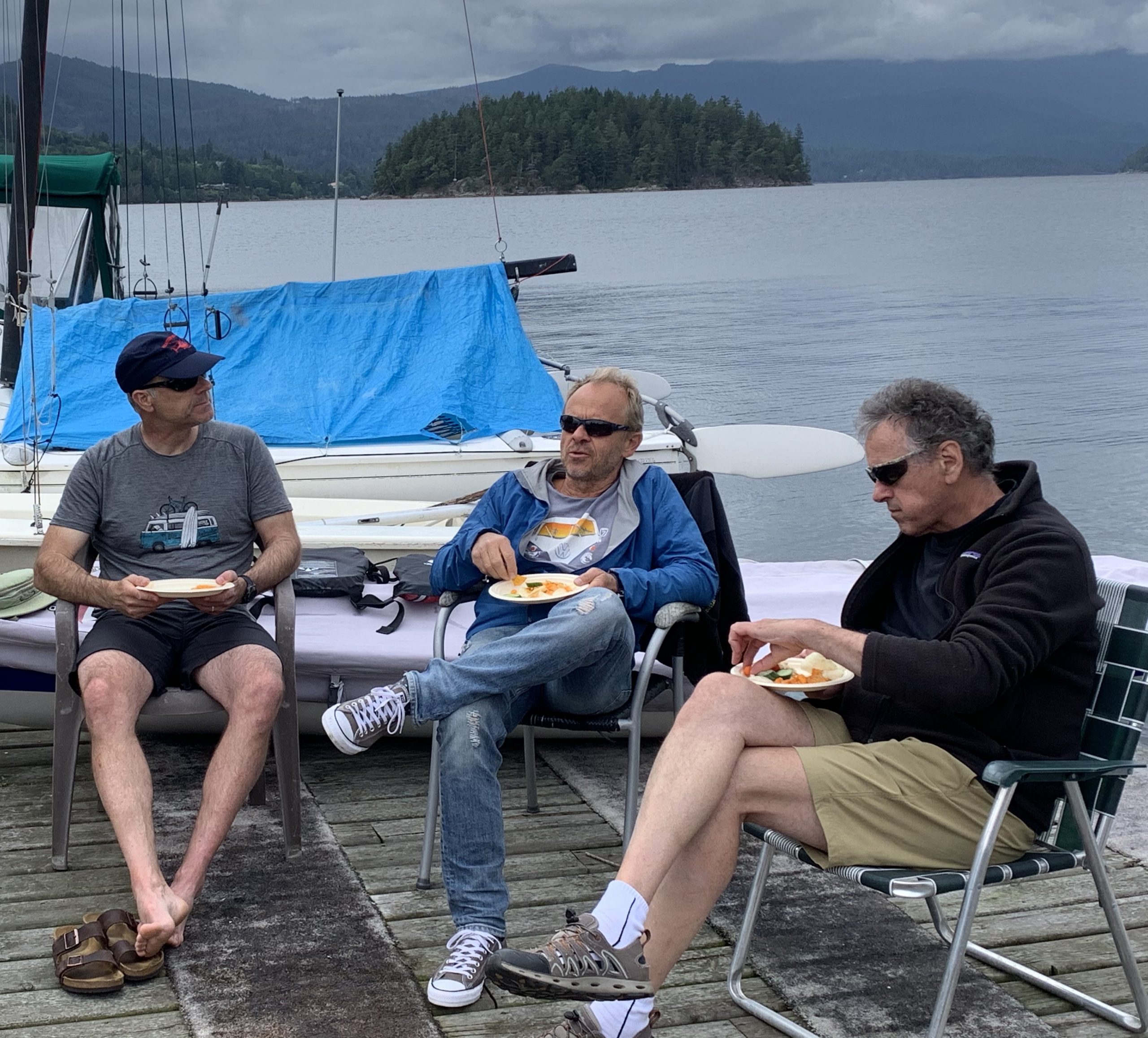 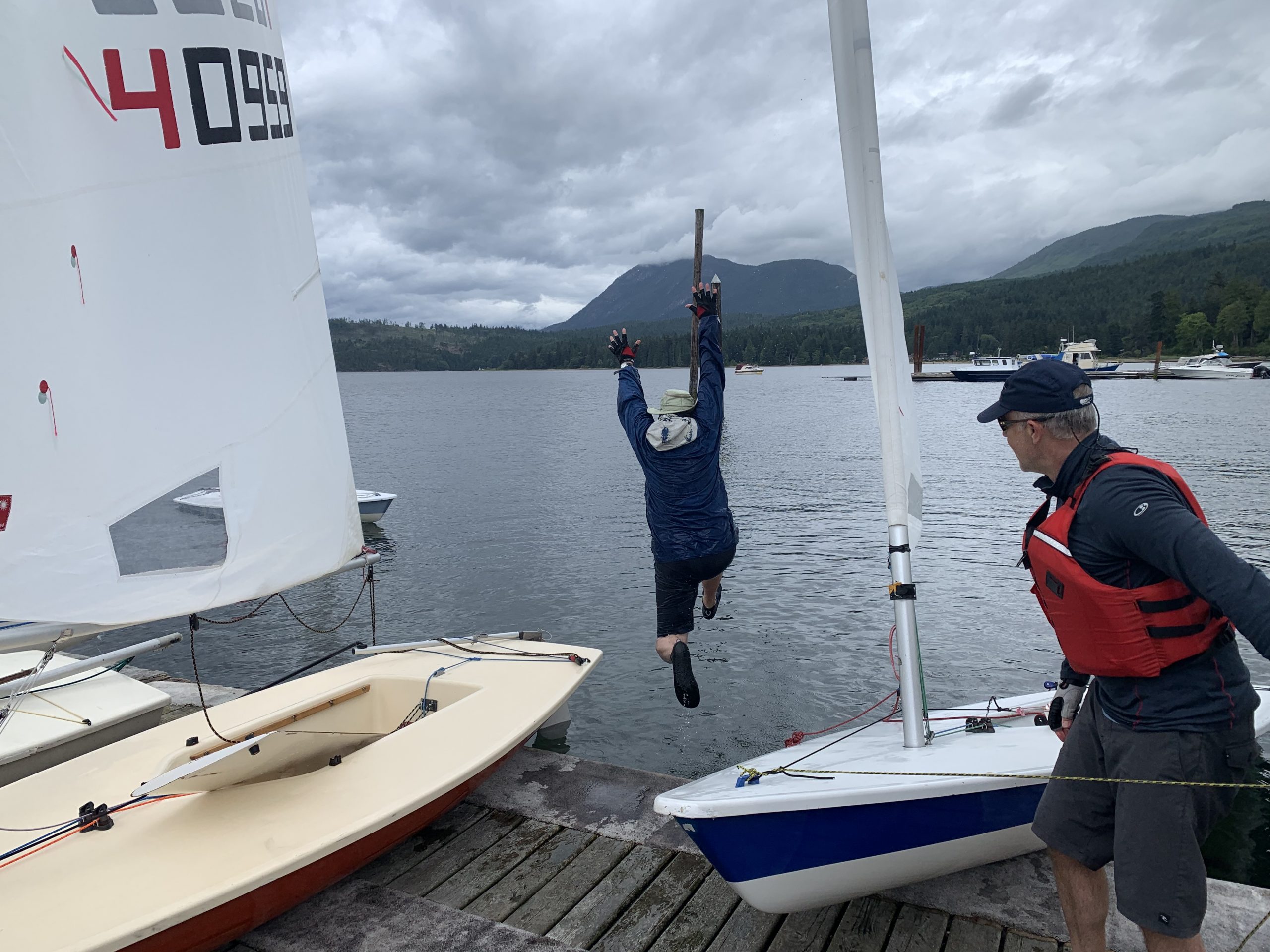 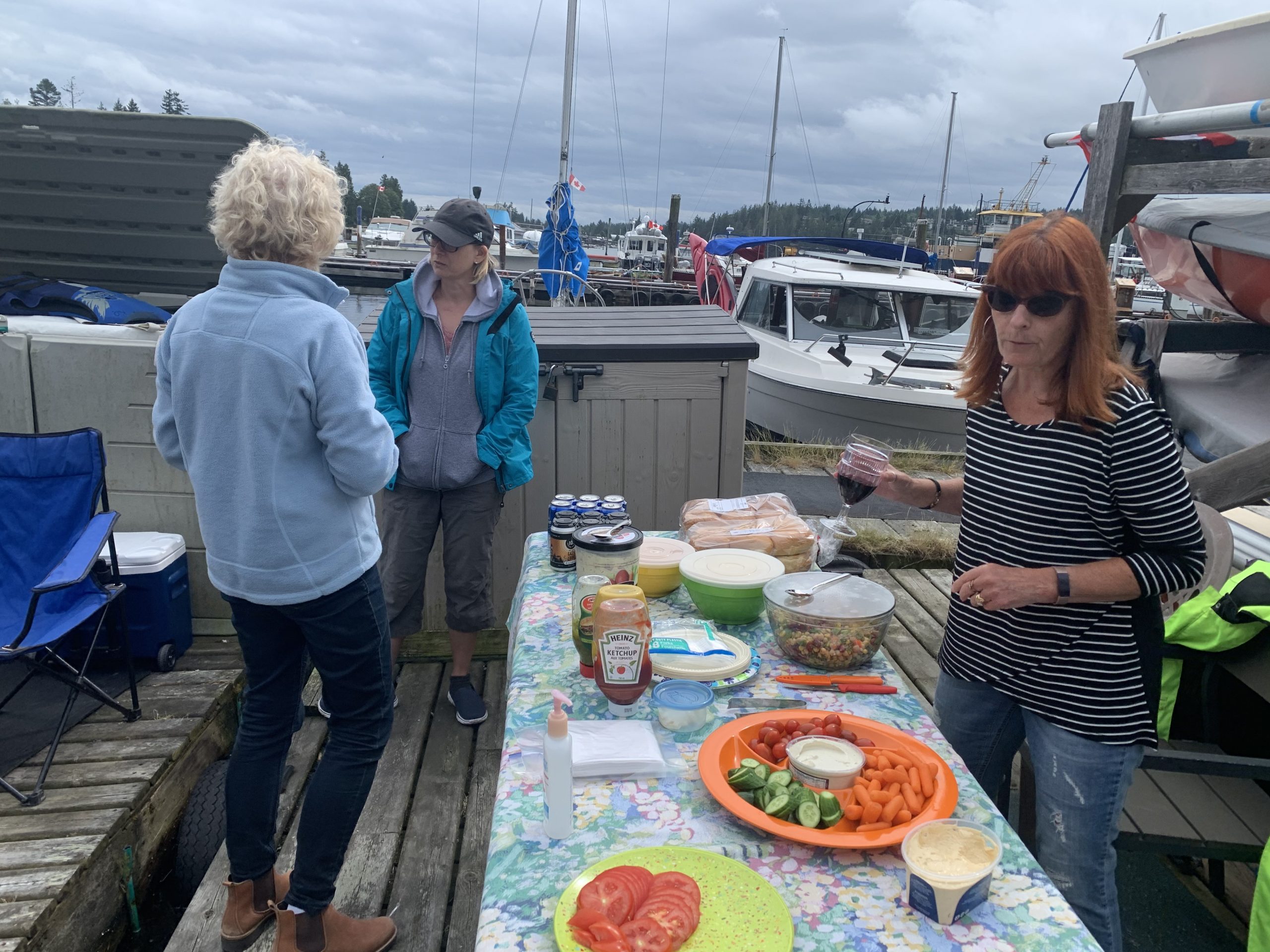 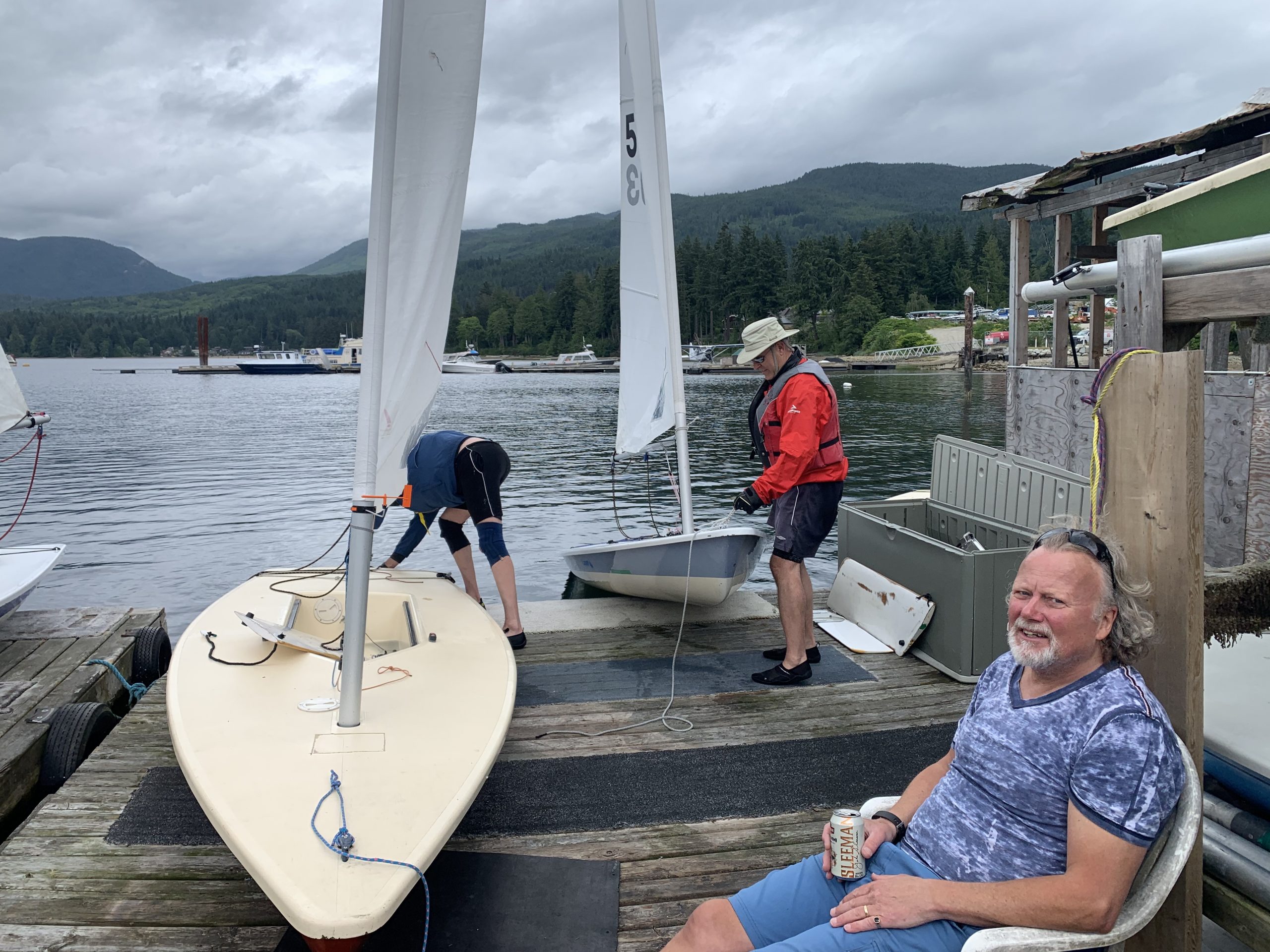 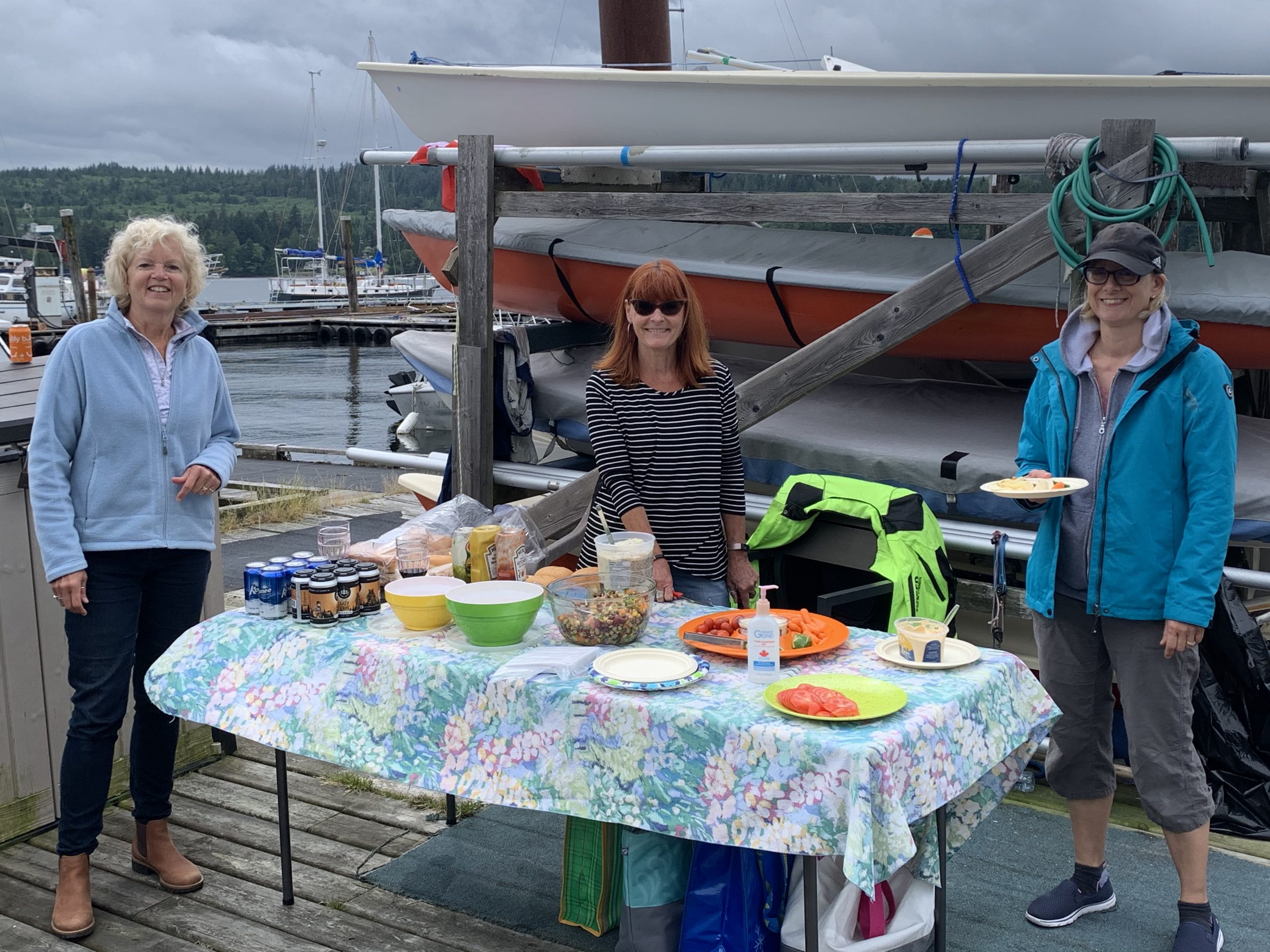 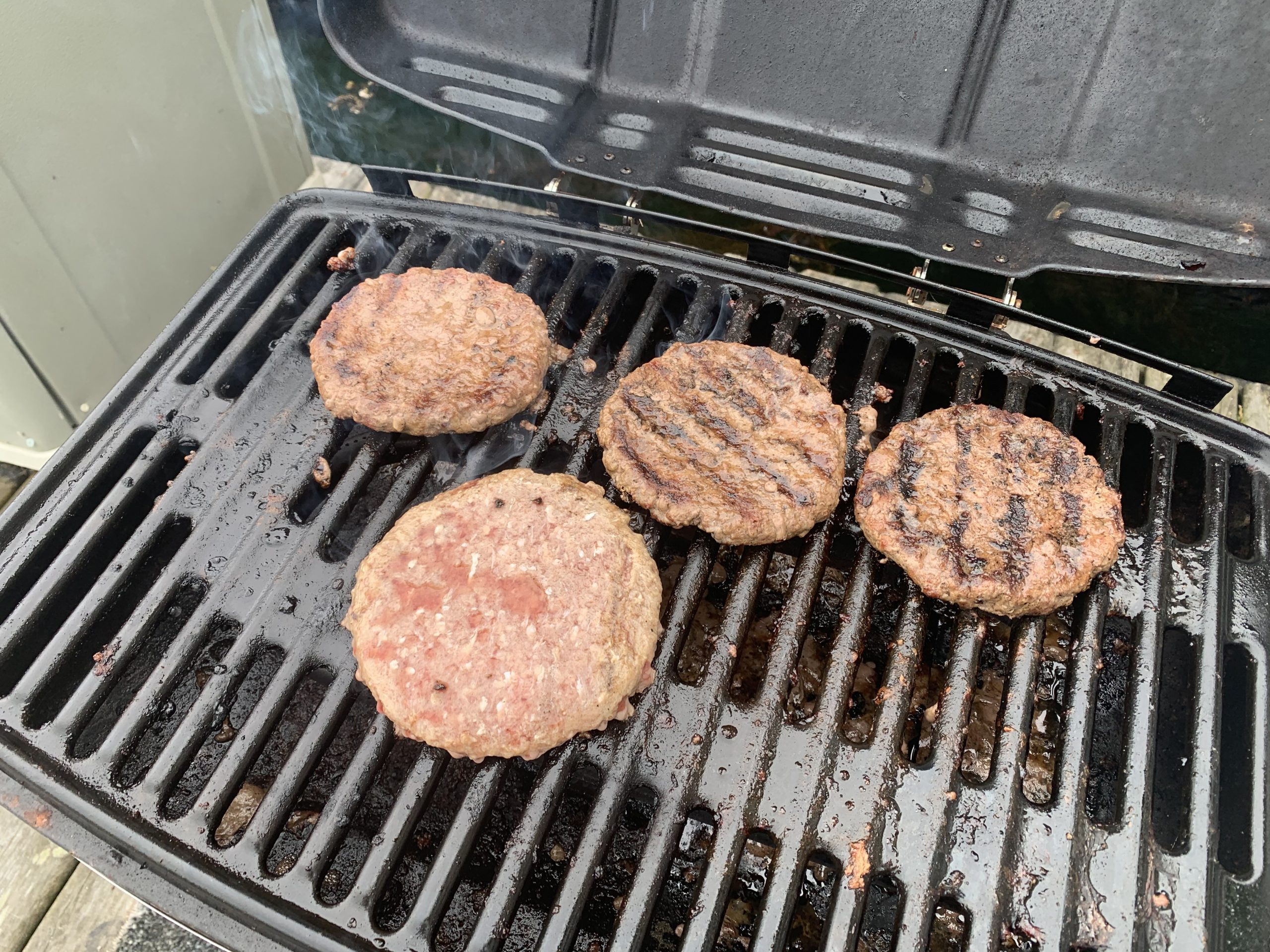 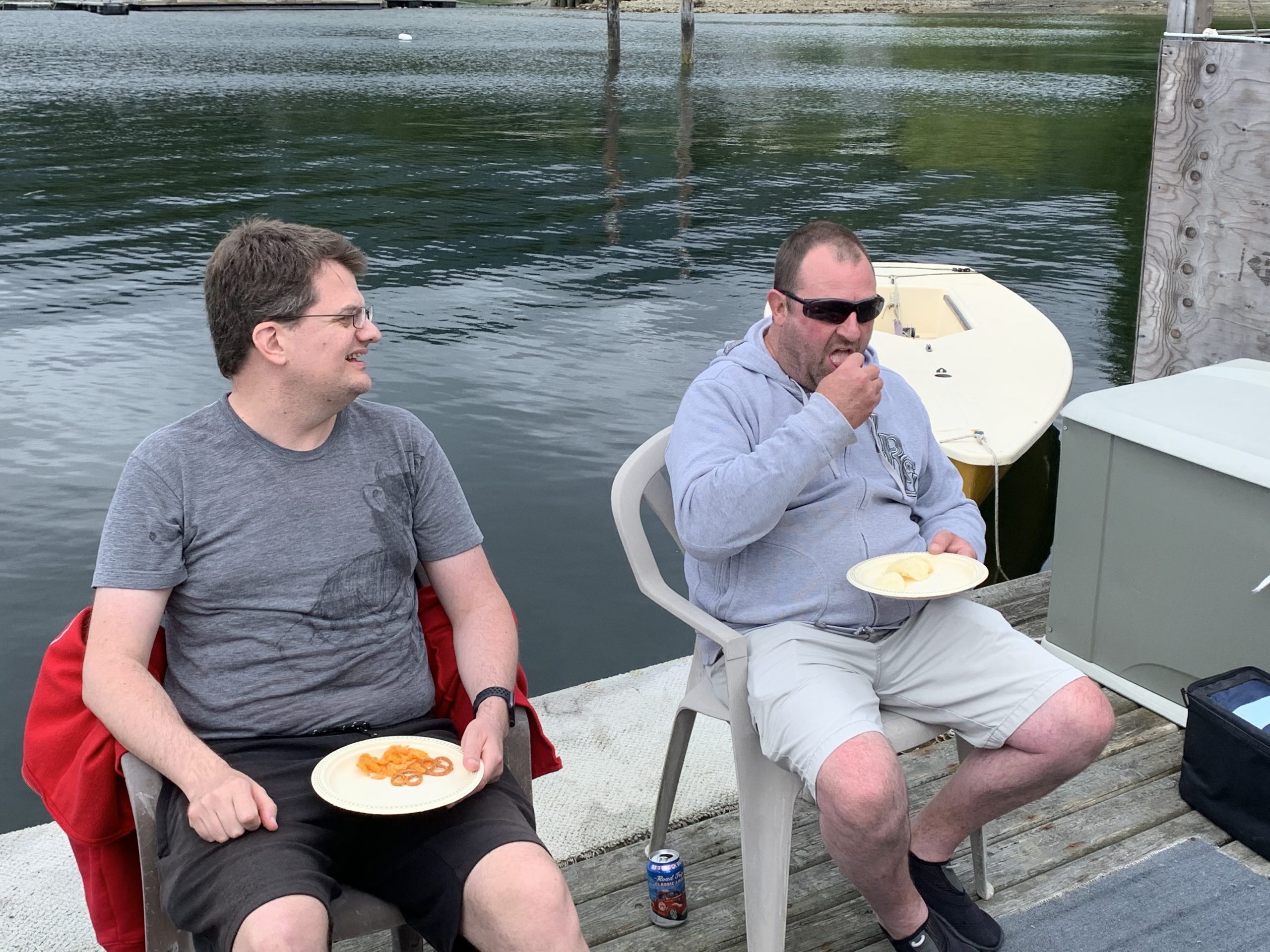 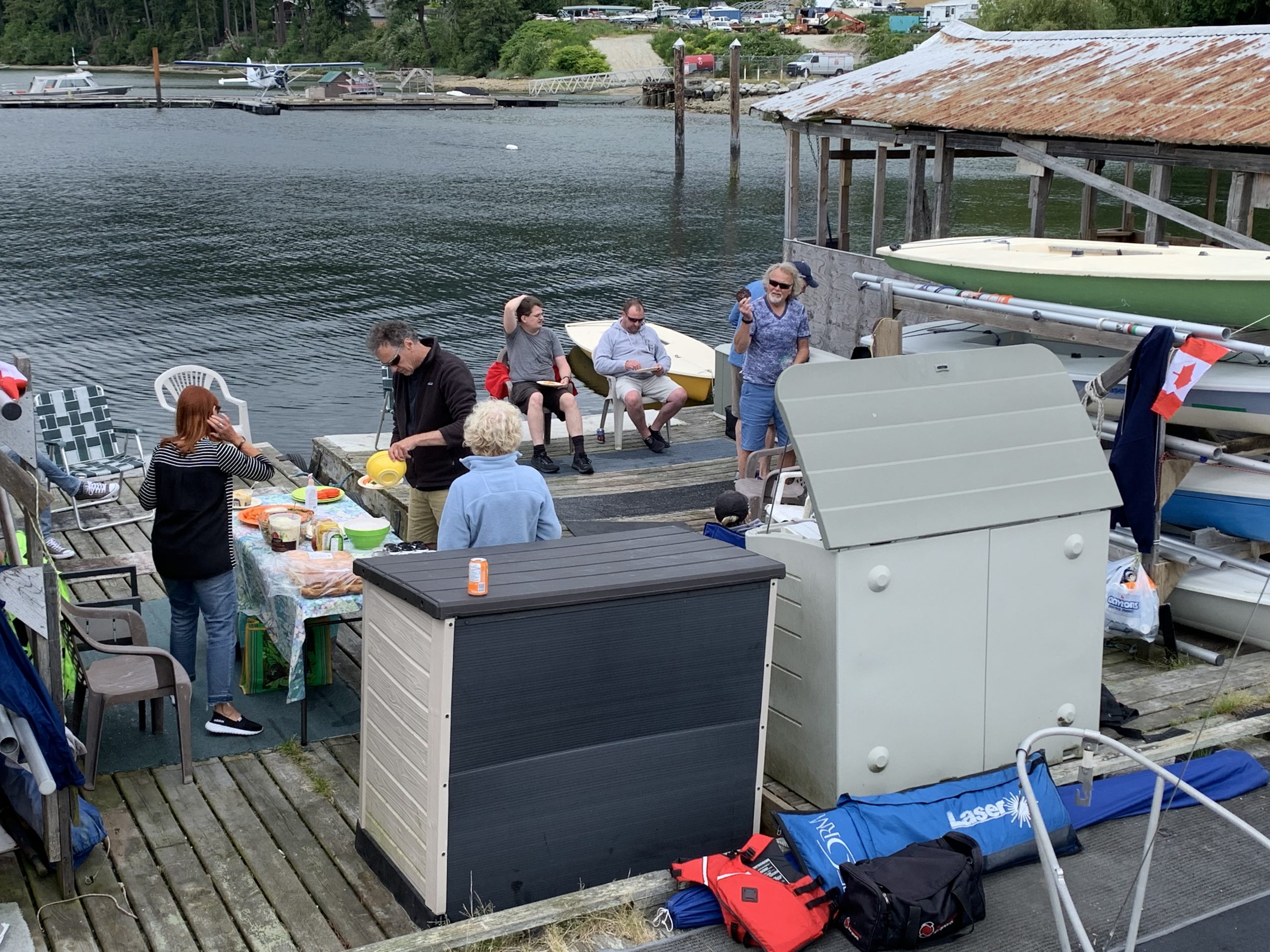 But how can we be safe while sailing?

DUE TO COVID-19 WE HAVE CANCELLED BOTH EVENTS.

The SCSA will be having two meet and greet and informational events at the two local malls on the Sunshine Coast. This is so you can get more information regarding our club and if you have ever wanted to get out and race a laser standard.

We will have a laser on display pictures of of events and will have bunch of members will be available to answer any questions.

The 2019 Poise Cove Classic Regatta and BBQ took place on Sunday, July 28, 2019, under hot conditions and sunny skies. The wind was patchy and variable which gave everyone a challenge but Grzegorz Krolikowski who blew away the competition winning all five races.

The seven racers that entered this annual regatta then had a BBQ on the floats. To Celebrate Grzegorz win we made him cook the burgers. 😂⛵☀️

There was no race committee this year and as such no race photographer. But we have some images from the BBQ afterwards taken by Robert Dall.

If you want to join the fun drop us a line or comment below and will be in touch! 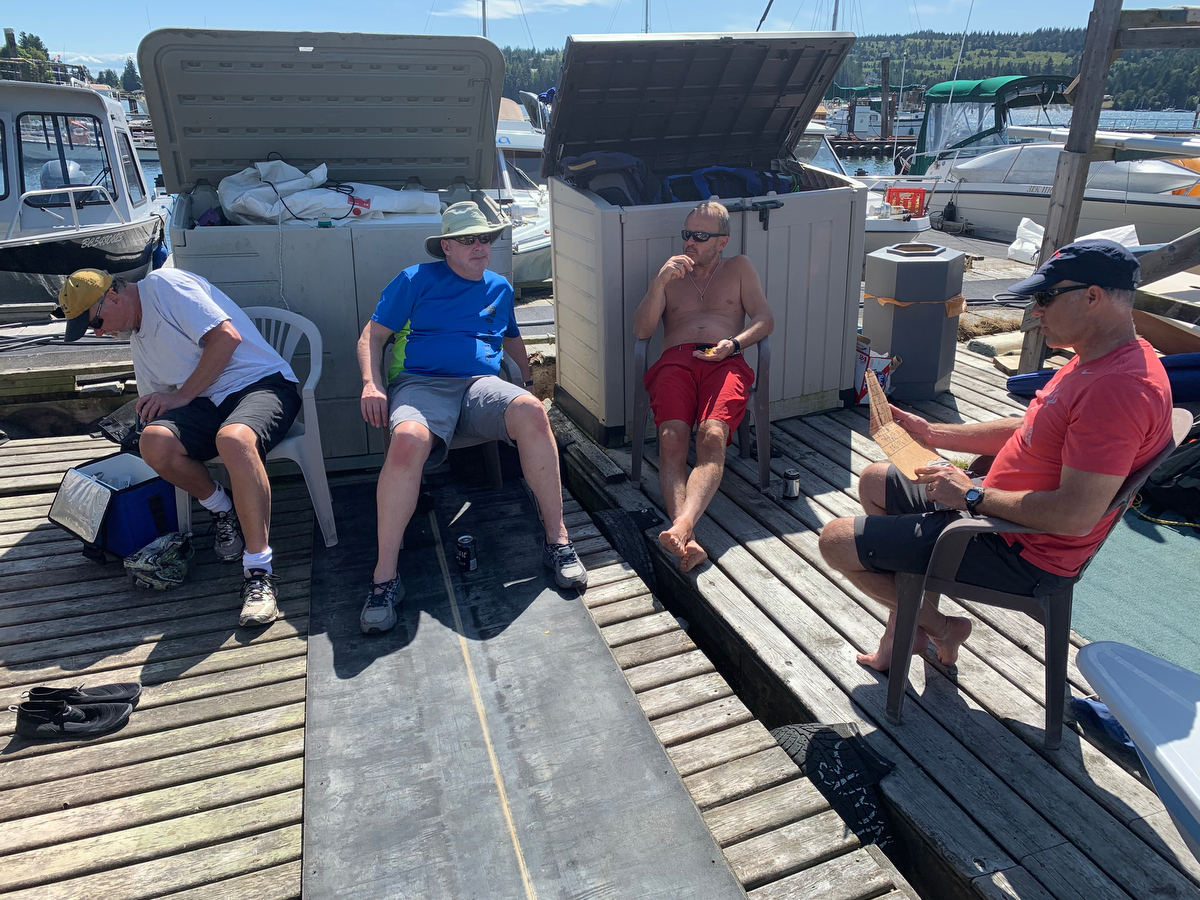 Thomas Andersson, Brian Lyseng and Grzegorz Krolikowski enjoy the shade and some cool drinks as Brian Fournier tabulates the scores from the 2019 Poise Cove Regatta.

Ken Olson get the fixing ready to go as Dennis Olson speaks about the wind conditions at the 2019 Poise Cove Regatta. 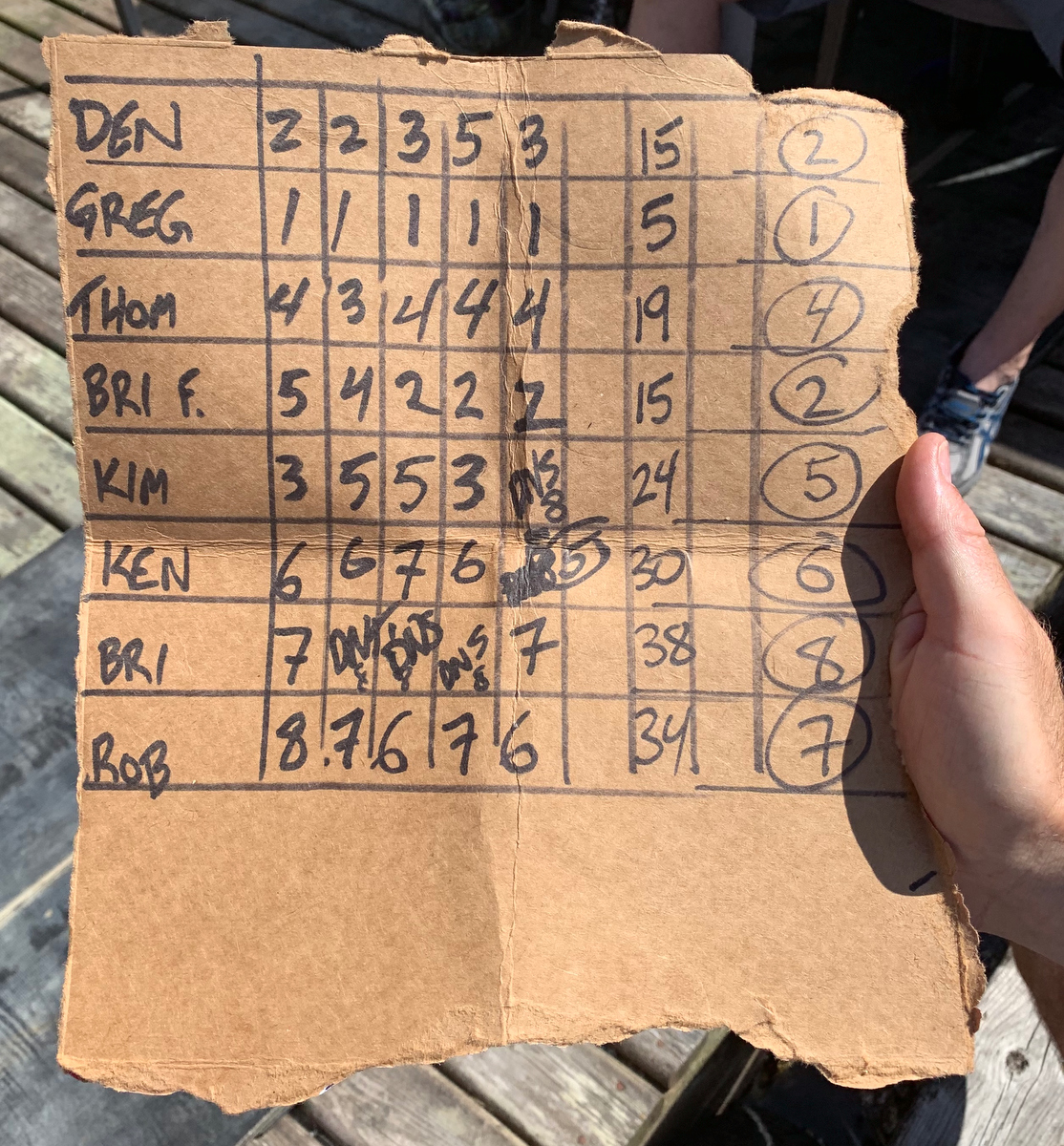 The scores from the 2019 Poise Cove Regatta. 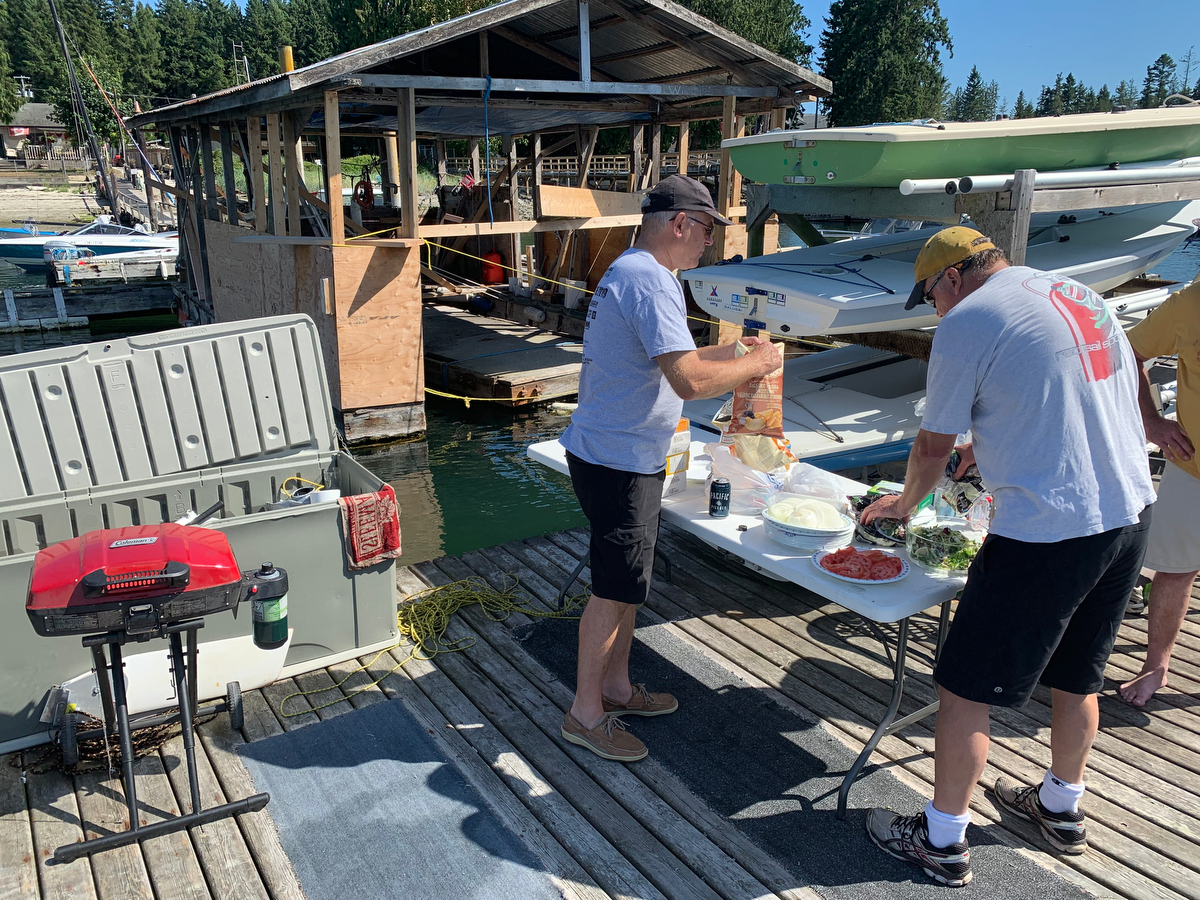 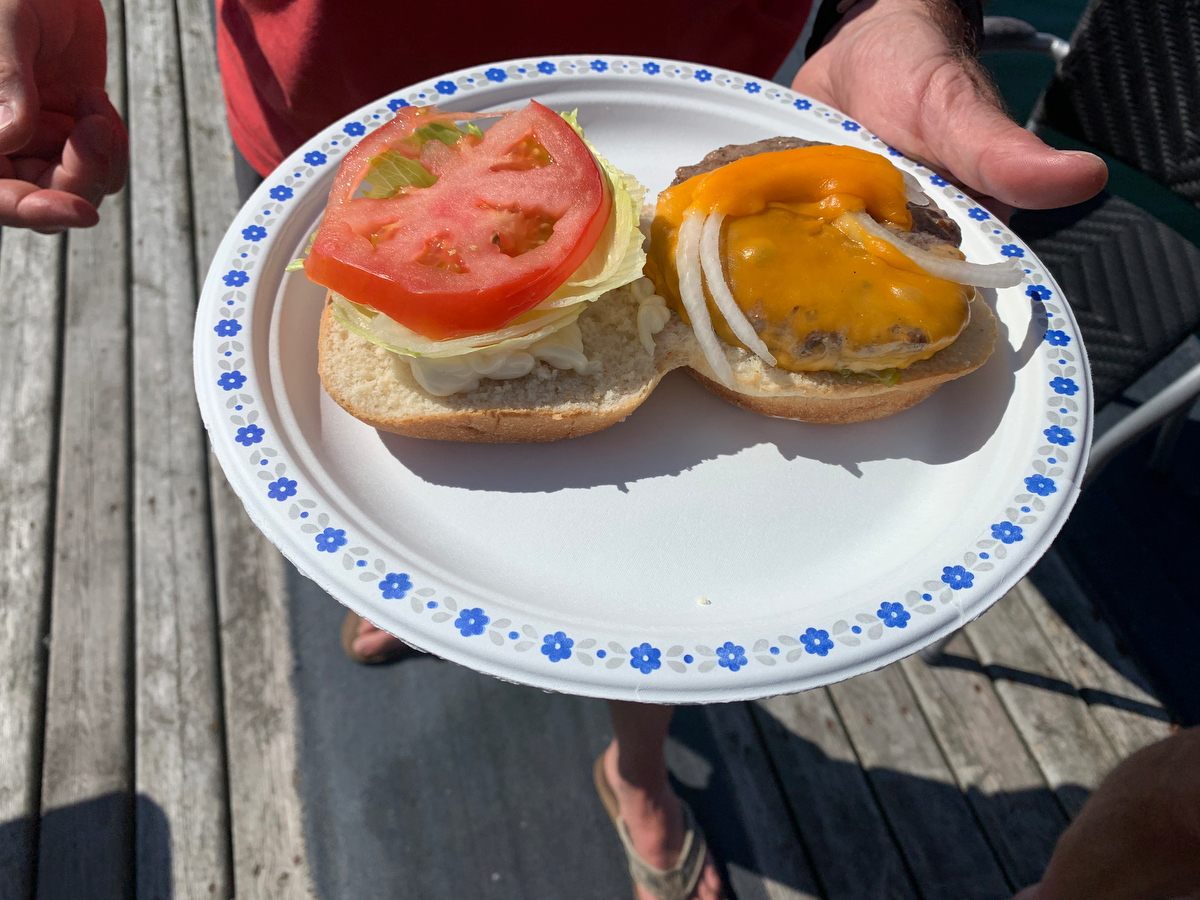 He wasn’t a bad cook either!

Club boat available and space on the float

This year we have both a club boat and space available for another laser on the float.

First we have space available on a docks for the 2019 sailing season this will be prorated so you’ll only be charged for the rest of the year. We are looking for a laser class sailor that wants to come out and race weekly over the summer months.

How does this club boat work?

We have four boats that were sold to us by the old and disbanded Snake Bay Club. These are sold to members on a first come first serve basis at $500 for the boat along with yearly moorage on our floats. You are responsible for the maintenance and the upkeep of the boat while its under your ownership. Should you decide not to continue sailing with us please let us know before well before the season starts and you can sell the boat back.

Fixing our floats after the fundraiser

Hi everyone sorry for the late posting but I wanted to give everyone an update to our very first fundraiser held on Feb 26th at the Lighthouse Pub in Sechelt.

We primary used the funds to fixed our three floats, make a few more bouys for the 2018 season.

In March we pushed two out of three floats to shore and added structural integrity by replaces a number of the large wooden beams to the outside of the floats.

We also took our newly aquired float from 2018 and removed the rubber mat was connecting the two smaller floats some how and bolted them together.

We then connected all three of our floats together in our new space at the marina which will allow for better launching and landing our out boats.

With a little help we recovered some old bouys from the old Snake Bay Sailing Club era and we found on the beach so we are reconditioning them for this future use.

While $300 in pressure treated lumber doesn’t look like a lot it certainly has improved the stability of our floats. We have also started a bouy fund to replaces those bouys that happen to go missing through out the summer.

We couldn’t be happier with the progress we made for our little club and we look forward to seeing you out on the water this year. 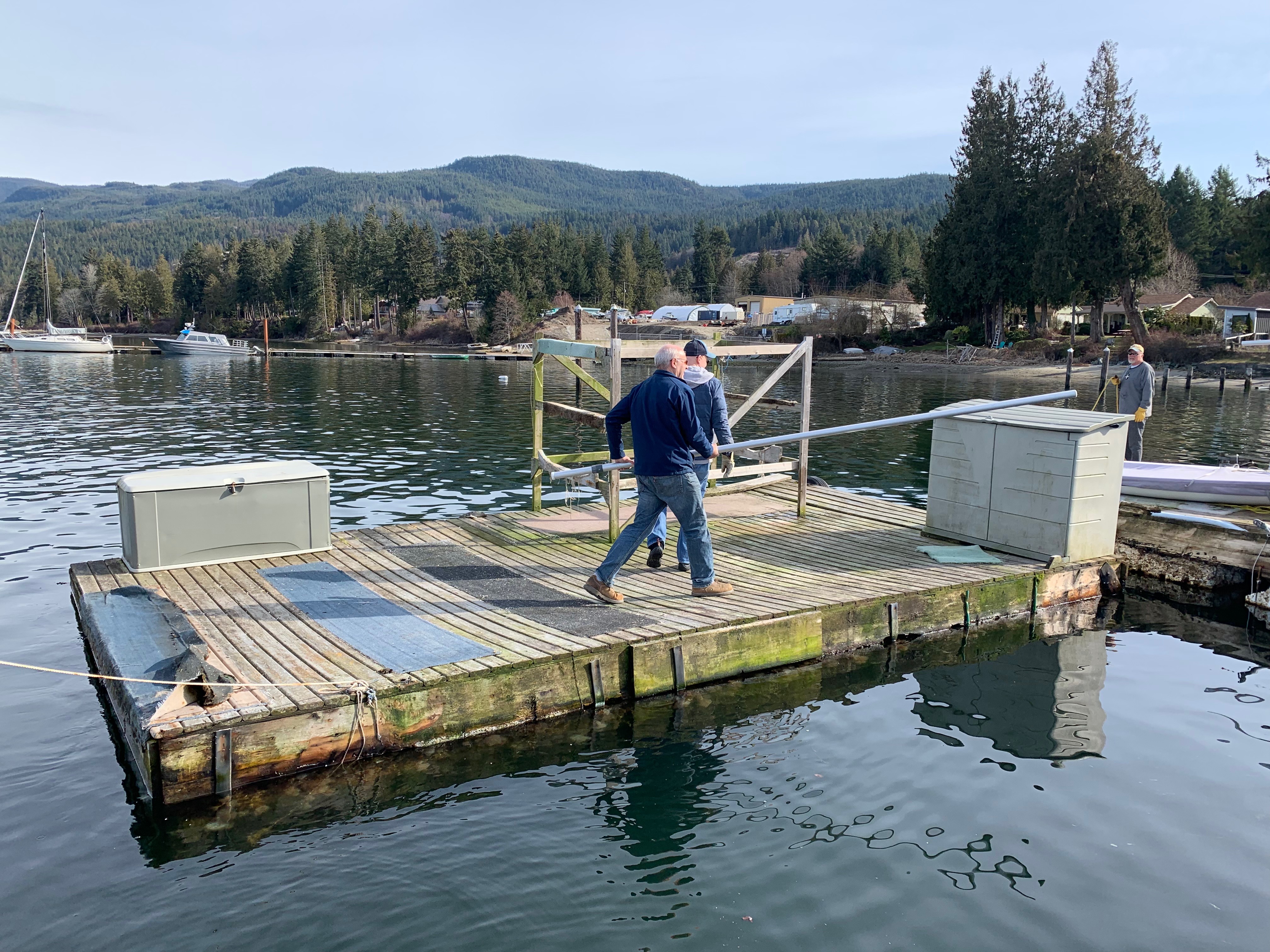 Moving the floats to the shore and using the mast of a laser.

Shows some of our old wood and some new pressure treated planks we purchased from the fundraiser money. 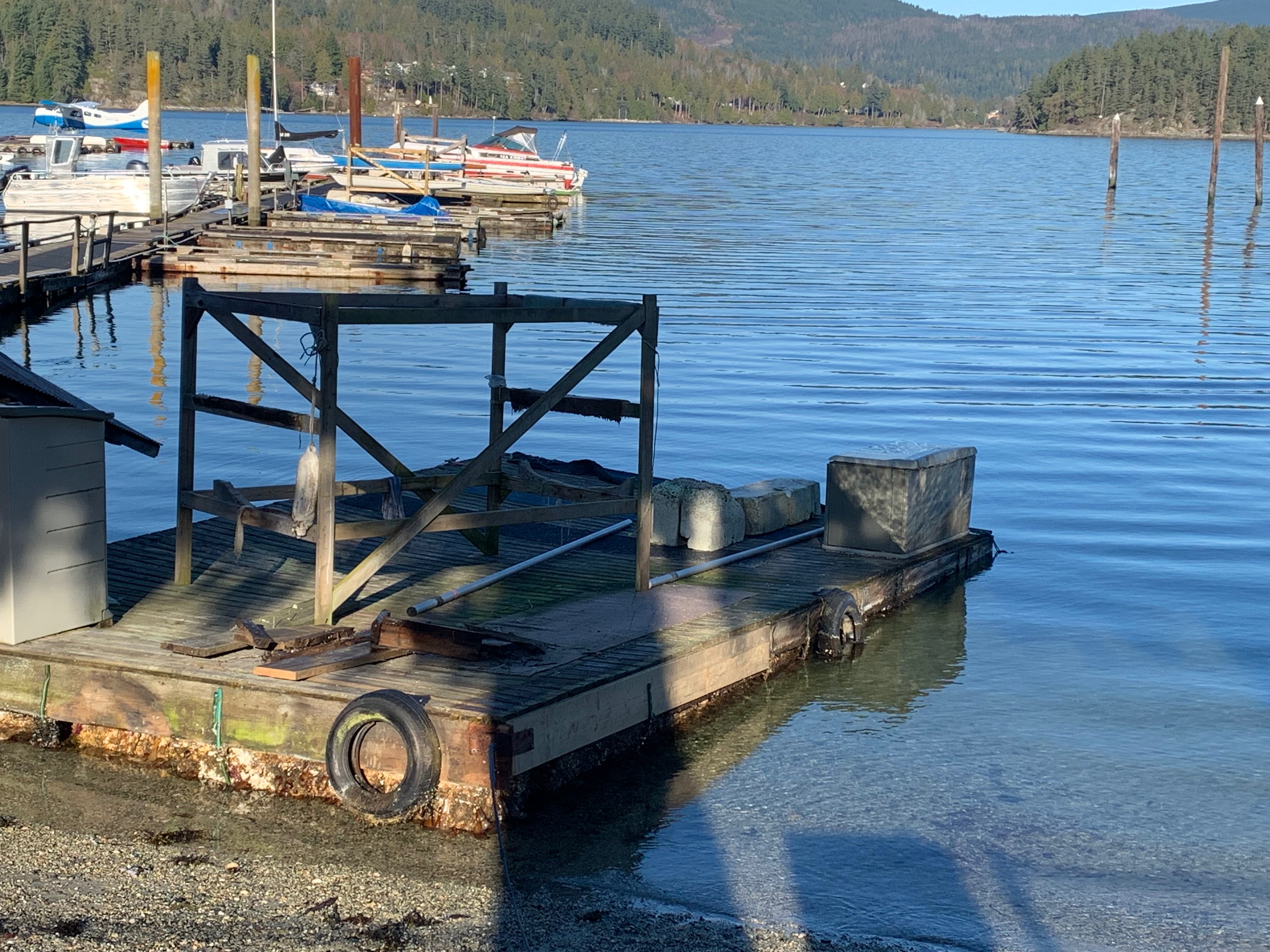 One of our three floats on the shore of Porpoise Bay. 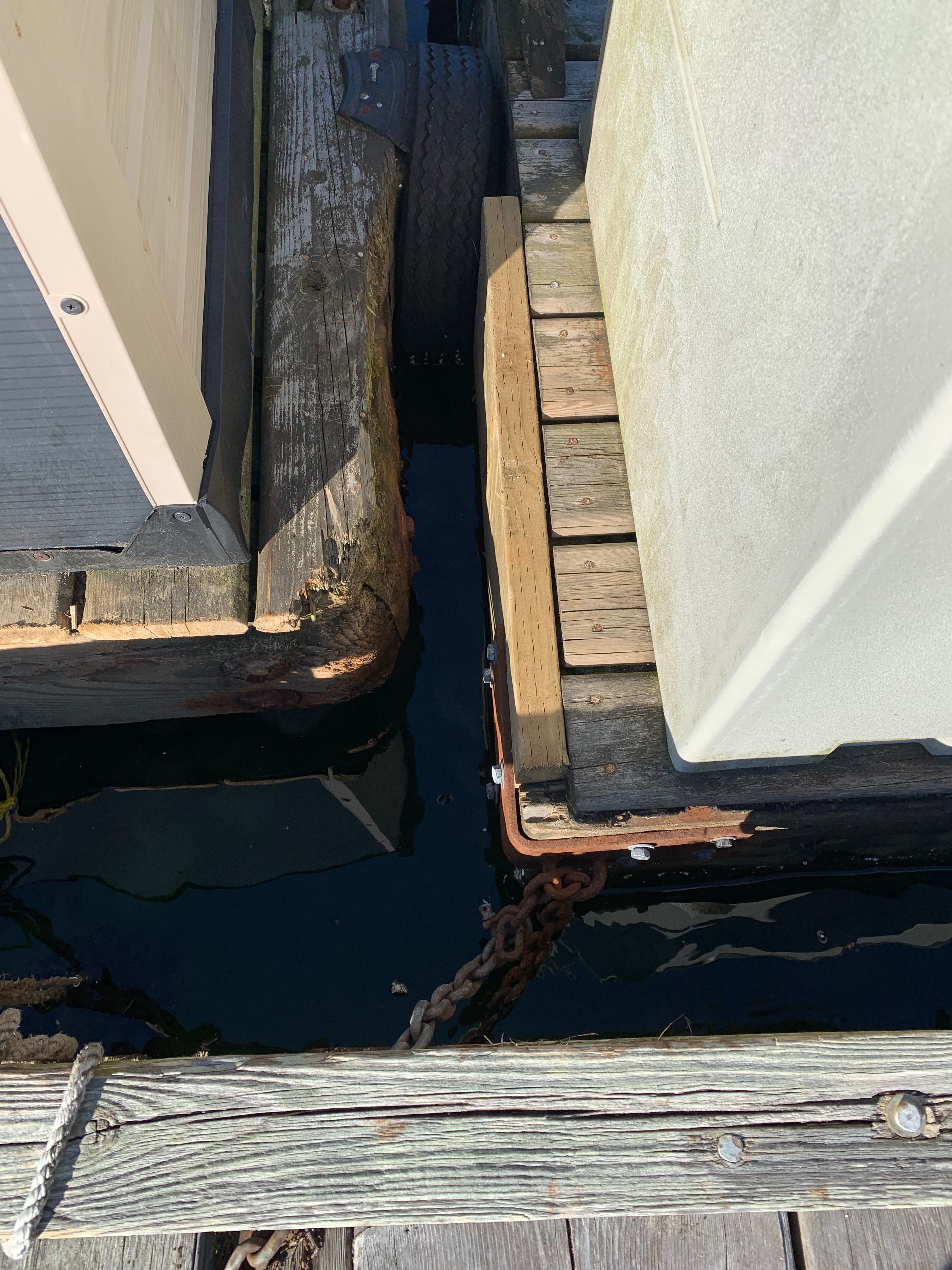 New beans for anchoring our floats to the peer. 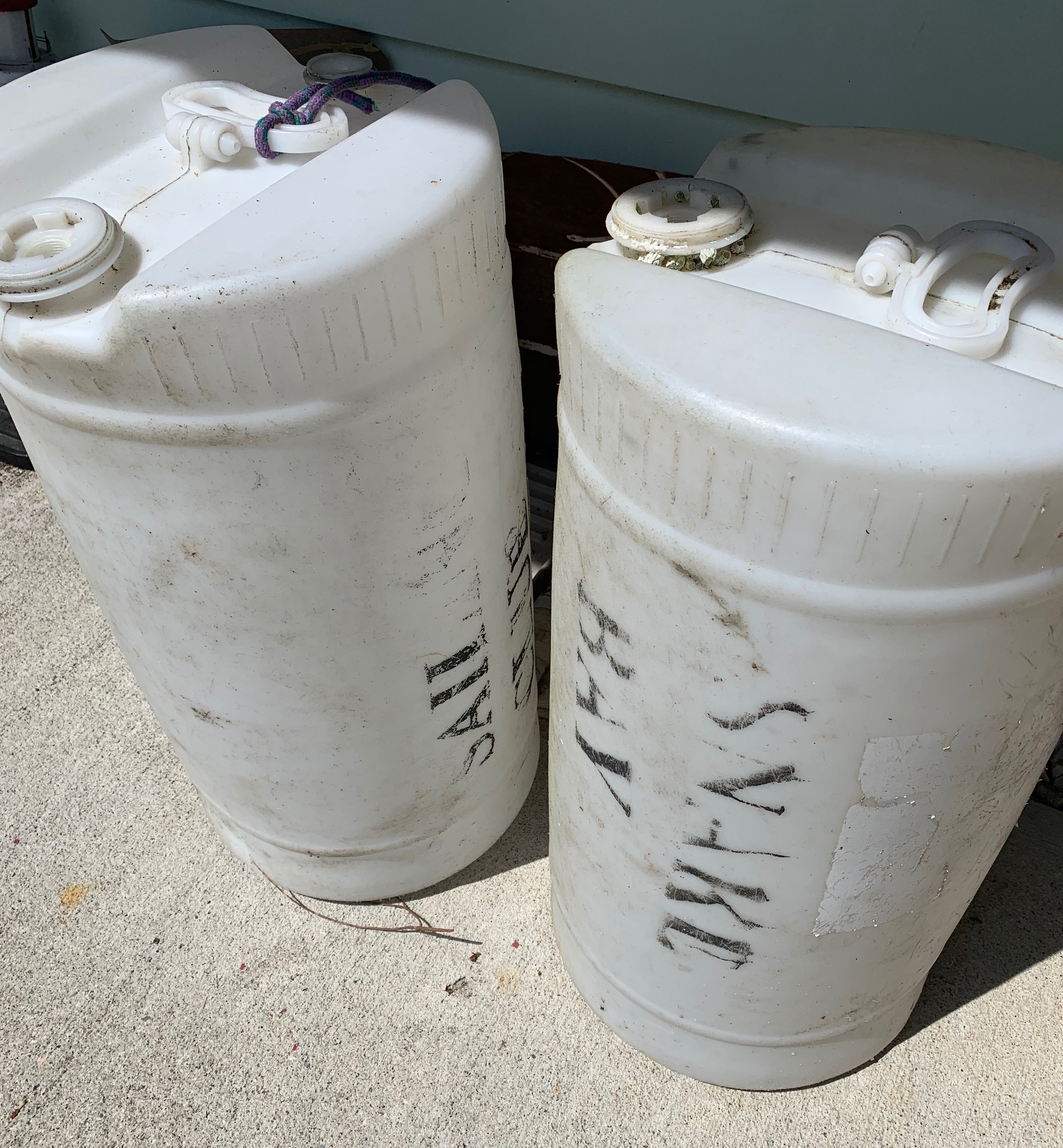 Old Bouys recovered and ready for a little touch up for 2019.